Just be true to yourself – Brad Haddin advice to Rishabh Pant 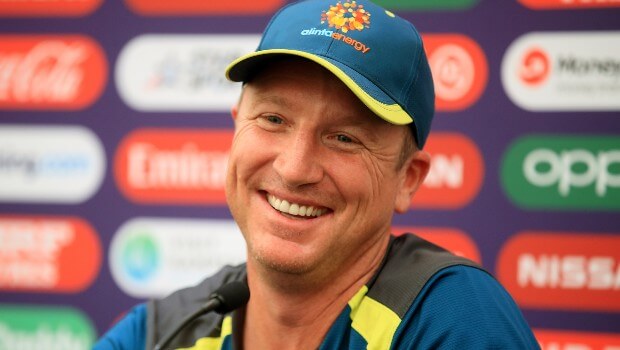 Former Australian wicket-keeper batsman Brad Haddin has offered advice to India’s combative gloveman, Rishabh Pant. The Delhi youngster hasn’t had the best time of late as he has been in and out of the team. Pant had lost his place from the limited-overs format after he was hit on the head by a Pat Cummins bouncer.

Subsequently, KL Rahul was able to grab the wicket-keeping role and he hasn’t looked back since then. Thus, Pant has been warming the benches in the white ball formats.

On the other hand, the southpaw batsman had got his chances on the tour of New Zealand as he preferred over Wriddhiman Saha in the Test series. However, he could not grab his chances as he managed only 60 runs in the four innings.

Pant is often compared with his predecessor, MS Dhoni (which is a tad unfair at times as Dhoni has all the experience), who has been a huge player for India over the years. However, Haddin believes Pant should not try to emulate Dhoni and he should be true to himself. Thus, Haddin advised Pant to back himself in any situation of the match.

“Expectation comes with anyone at this level and that’s one of the things you’ve got to deal with. But the most important thing is to create your own identity of what you want to be seen as,” Haddin was quoted by Sportstar.

“You bring your own style to the team. When I first got my opportunity to play Test cricket, I couldn’t try to be an Adam Gilchrist or Ian Healy. I had to bring my own unique style to the game. One of the challenges here is not trying to be someone you’re not and just be true to yourself,”he further added.

Haddin added that India has been blessed as MS Dhoni did a great job for the team as a leader, finisher and wicket-keeper. Dhoni was instrumental in the success of the team but it is imperative for the likes of Rishabh Pant and KL Rahul to back their own game.

“India has been blessed for the last 10 years to have a superstar of the game in M. S. Dhoni. So, it’s important whoever takes over from that role creates their own identity. Dhoni has left a great legacy to the game. He’s left a great legacy for Indian cricket, but the next one involved, it’s up to them to put their own style to the game and their identity, what they want to create as an Indian keeper,” Haddin said.

On the other hand, the T20 World Cup will be played later in the year in Australia. Haddin believes that the hosts have got a great opportunity to win their maiden T20 World Cup as they will know the conditions. However, Haddin also added that any team can go all the way in the shortest form of the game.

“It’s going to be interesting. I think the beauty of the T20 competition is that once you shorten the event, there’s five or six teams that can win it. We’ve got a great opportunity playing on home soil, so we understand our conditions well,” Haddin said.

“But we need to use the bounce in our favour. There are a lot bigger grounds in Australia, so [we know the conditions well]. But the beauty of the T20 tournament is that anyone can win it.”

Meanwhile, all the cricketing action has been put on hold due to the outbreak of coronavirus. The ICC has confirmed that the T20 World Cup will be scheduled as planned.