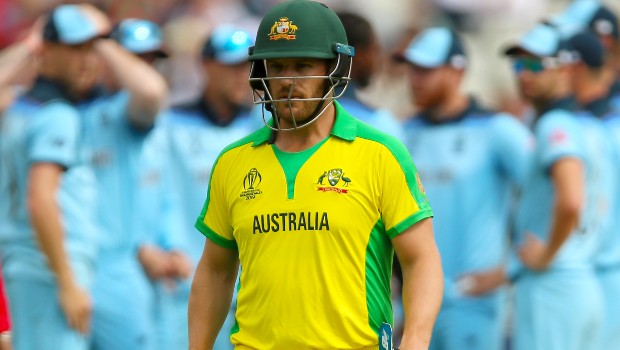 The current Australian limited overs Aaron Finch recalled the moment when he batted with legendary Indian batsman Sachin Tendulkar. Sachin Tendulkar was leading the Marylebone Cricket Club against Shane Warne’s Rest of the World in the Lord’s Bicentenary match in 2014.

Finch was opening the batting with Sachin in the run chase of 294 runs. As Finch was batting with the Master Blaster and with the jam-packed Lord’s crowd in which mostly were Indians, only one thing was at the top of the mind for Finch. Finch thought to himself, ‘Just don’t get Sachin run out, otherwise you won’t be able to get out of Lord’s’.

Aaron Finch added 107 runs with Sachin Tendulkar for the opening stand, in which the latter contributed 44 runs. Sachin was bowled by Muralitharan but Finch went on to score a brilliant unbeaten knock of 181 runs off 145 balls with the help of 23 fours and six sixes to take MCC to win by seven wickets.

“All I was thinking was don’t run him out. Just do not run Sachin out. I think it was one of the biggest, if not the biggest, crowds that Lord’s has ever had. It was a “huge anniversary, Sachin’s captaining one team, Warnie’s (Shane Warne) captaining the other,” Finch said on the Sony Ten Pitstop Show.

“That was a huge day. I think there was a huge Indian presence at the ground too, they were very loud. Obviously, the chants of ‘Sachin-Sachin’ went up all around Lord’s. And I just kept thinking, ‘If I run him out, I would never hear the end of this. I might not get out of Lord’s’.”

Finch not only batted with Sachin Tendulkar but also got a chance to bat with legends like Brian Lara, Rahul Dravid and Shivnarine Chanderpaul. It was an unbelievable experience for the right-hander to play with and against one of the best players in the business.

“Luckily, that was an unbelievable experience, batting with Sachin, (Rahul) Dravid, Brian Lara, Shivnarine Chanderpaul, it was unbelievable. Also on the other side was Gilly (Adam Gilchrist) and (Virender) Sehwag opening the batting, which is an absolute dream for me to watch them bat together. KP (Kevin Pietersen), Yuvi (Yuvraj Singh) got a big hundred as well. It was unbelievable, such a great day, something that I would never forget.”