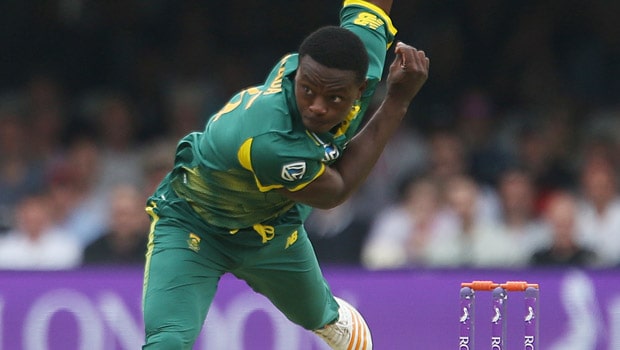 South Africa’s ace paceman Kagiso Rabada has been out of action for a long time. Rabada admits it wasn’t the best of 2019 for him and South Africa as the team failed to leave a mark in the World Cup. South Africa won their last ODI series against Australia by 3-0 but Rabada was ruled out if it due to a groin injury.

After that, the coronavirus pandemic hit the world and Rabada had to spend all the time at home. In fact, Rabada stated that he was happy to spend some quality time at his home as he hardly gets the opportunity to spend time with his family, given the packed International schedule.

However, now Rabada is slowly getting back to action and making himself ready for the Indian Premier League, which will take place in the UAE from September 19. Rabada will represent Delhi Capitals in the IPL and he is looking forward to playing in the lucrative T20 league.

Rabada was at his best in the previous season of the IPL in 2019. The gun fast bowler finished as the second-highest wicket-taker as he scalped 25 wickets in 12 matches at an impressive average of 14.72. Thus, the right-arm fast bowler played a crucial role in taking Delhi Capitals to playoff stages after a gap of six years.

Rabada recalled that he would go to the UAE after almost six years as he last visited there for the Under-19 World Cup.

Kagiso Rabada as quoted by IOL, “I’m excited to go back to Dubai for the IPL. I’ve not been since the 2014 Under-19 World Cup and I’ve always wanted to visit again.”

Meanwhile, Rabada has been training under Highveld Lions coach Wandile Gwavu at the Wanderers. On the other hand, Rabada had missed the 3TC Solidarity Cup at the Centurion recently due to the death of a family member.

Rabada would like to be at his best in the upcoming IPL and he would like to replicate his previous year success in the glamorous T20 league. The Proteas fast bowler has scalped 31 wickets in 18 IPL matches.

Dubai, Abu Dhabi and Sharjah will host all the matches of the tournament.