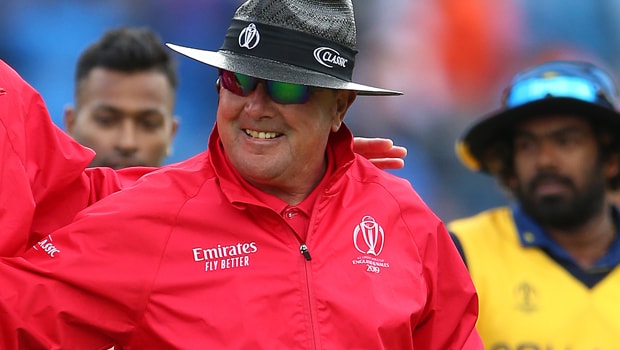 ICC former veteran umpire Ian Gould has picked Jacques Kallis, Sachin Tendulkar and Virat Kohli as the best three batsmen to watch. All the three batsmen are a treat to the eyes and Gould being an umpire had the best seat in the house. Kallis is regarded as one of the best all-rounders to have embraced the game and he was technically very strong in his batting.

Tendulkar is regarded as one of the best batsmen to have ever played the game and holds almost all the records in the book. Sachin had the most elegant straight drive and it was sight to watch when he used to punch the ball off the back foot.

Virat Kohli has got a great balance and there is hardly any chunk in his armour. Kohli has one of the best flick shots in the game and has a perfect cover drive.

On the other hand, Gould added that he didn’t see the best of Ricky Ponting as he was almost past his best when he came into the scene. Ponting is regarded as one of the best pullers of the game and he is the most successful captain.

“Jacques Kallis. I loved watching Jacques. He was a very, very fine player. Sachin. And probably Virat. I was unlucky in some respects. I didn’t see the best of Ricky Ponting. He was an outstanding character, outstanding captain, such a proud Australian,” Gould told ESPNCricinfo when he was to name his three best batsmen to watch.

Gould added that Ponting’s career was on the wane when he saw him playing. The former ICC elite umpire revealed that he can watch Kallis all day whereas Sachin Tendulkar is a batsman one should pick to bat for his life.

“But his career was just starting to wane as I came on the scene. But he was incredibly helpful, so I’m disappointed I have to leave him out. Jacques Kallis, I could sit and watch all day, Virat, the same. And Sachin, if you want someone to bat for your life, he was the man,” he added.

Meanwhile, Ian Gould officiated in more than 250 International matches and retired from ICC panel of elite umpires in 2019.