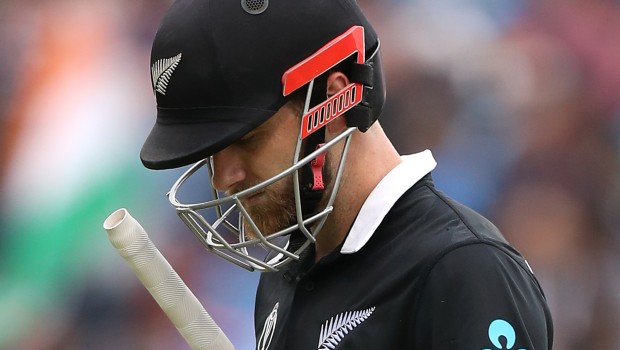 New Zealand skipper Kane Williamson has explained why he picked James Neesham and Martin Guptill to bat in the Super Over of the World Cup final against England. The Kiwis were batting second in the Super Over and they had to chase 16 runs to win their maiden World Cup.

England’s captain Eoin Morgan selected Jofra Archer to bowl and the Blackcaps had their work cut out. Meanwhile, both Neesham and Guptill had scored 19 runs in the World Cup final, when New Zealand batted first.

Neesham was timing the ball nicely throughout the World Cup and he had been in decent form. On the other hand, Guptill is New Zealand’s best striker of the ball. 16 runs in the Super Over is never easy especially when the bowler is Jofra Archer. However, New Zealand fought hard after Neesham managed to hit a six in the cow corner area.

Williamson added he had a quick word with coach Gary Stead and he decided to back Guptill and Neesham as both of them are also quick runners between the wicket.

“I had a very brief discussion with the coach Gary Stead, I had a few guys in my mind who could go out to bat as we were going to bat second in the Super Over, the decision to send out batsmen was dependent on how much we were chasing and who the bowler is probably going to be,” Williamson told Ravichandran Ashwin on the spinner’s YouTube show titled `DRS with Ash`.

“It was about giving yourself with the best possible opportunity, Neesham was hitting the ball very well throughout the World Cup and we all know how capable Guptill really is of hitting the ball out of the park, there was a short boundary on one side of the ground. They are both quicks between the 22 yards so this helped too.”

Williamson was also padded in to come in at number three. New Zealand needed two runs off the final ball but Guptill could not get back for the second as England won on the basis of boundary count rule after the Super Over was also tied. New Zealand had scored 17 boundaries in their innings whereas England had managed to score 26 boundaries.

“I was padded up to come in at three, it was a different experience to be a part of, both Neesham and Guptill did a good job, Jofra Archer is a remarkable bowler, emotions were so high after the final, it was a long tournament when the time comes and it finishes, it’s like of a draining feeling as all of it finishes. The guys were filled with emotion after what really transpired,” Williamson said.

Meanwhile, Kane Williamson was awarded the Player of the tournament as he had scored 578 runs in the tournament but he had shown bit of surprise at the decision. It was a final for the ages and now the ICC has scrapped the boundary count rule and there will be another Super Over till the winner is eventually decided if the previous contest has ended in a tie.