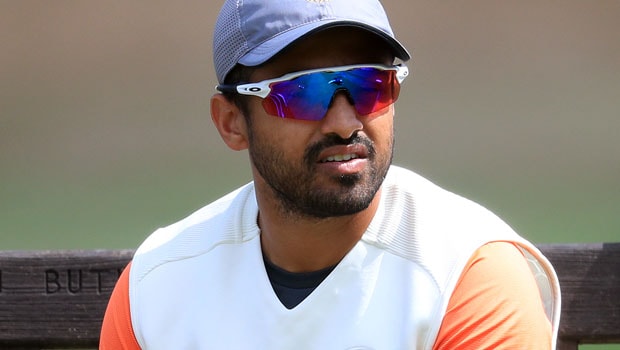 Indian batsman Karun Nair is looking forward to picking Anil Kumble and Glenn Maxwell’s brains at Kings XI Punjab. Kumble will be coaching the Punjab franchise in the upcoming edition of the IPL whereas Maxwell was picked by the club for a mind boggling amount of INR 10.75 crores in IPL 2020 auction.

On the other hand, Karun Nair had played a solitary match in the previous season of the IPL and he will be determined to leave a mark in the forthcoming season. The Karnataka batsman came into the franchise before IPL 2018 for INR 5.6 crores.

Meanwhile, Nair’s IPL numbers are not that impressive and he would look to turn the tide under the tutelage of Anil Kumble, who has got all the experience under his belt. In fact, it was under Kumble’s coaching stint that Nair had made his Test debut for India.

“I had the privilege and honour to work under him (Anil Kumble) when he was the coach of India. I made my debut under him and it was something I cherish because the coach whom you debut under remains special throughout your life. He’s from Bangalore, and someone I’ve looked upto. You want to learn from the way he reacts in a situation to the way he works, on and off the field,” Nair told ESPNcricinfo.

On the other side, Nair is all excited to play alongside Glenn Maxwell, who is well known for his pyrotechnics. The Australian power-hitter has scored 1397 runs in the 69 IPL matches at an average of 22.9 and a blistering strike rate of 161.13. The part-time spinner has also scalped 16 wickets in the IPL. Maxwell is well known to turn the match on its head and Nair would like to learn as much as he can from the all-rounder.

Nair doesn’t boast great numbers in the IPL and he would look to hit the ground running for Kings XI Punjab. The right-hander has played 69 IPL matches in which he has scored 1464 runs at an average of 24.81 and strike rate of 128.53. Thus, the right-hander will look to come up with better performances in the IPL 2020, if it happens.