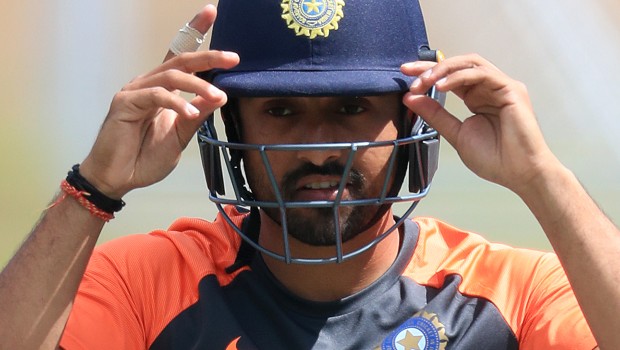 India’s right-handed batsman Karun Nair has recovered from Covid-19 and he would join the Kings XI Punjab. The franchise is expected to travel to the UAE next week and Nair would join the team. Earlier, Nair was tested positive for Covid-19 but he returned a negative test on August 8.

It is learned that Nair went into self isolation for two weeks before he was tested negative for coronavirus. Meanwhile, Nair will now go through three more Covid-19 tests as per the Kings XI Punjab protocol before he would be given the green nod to travel to the UAE with the team.

As per the BCCI protocols, the players and the support staff should be tested at least twice before they can travel to the UAE. However, most franchises are conducting three tests before giving a green nod before the travel.

The players who would be able to clear all the tests, would be part of the team, which would leave for the UAE on August 20. Nair will be part of the smaller group in Bangalore that will take the charter flight, which will pick up players and support staff from Delhi.

Meanwhile, the right-hander, who is only the second Indian batsman to score a triple Test century, has scored 306 runs in 14 IPL matches for Kings XI Punjab at an impressive strike rate of 134.80, including two fifties.

The BCCI has come up with strict protocols and it is the need of the hour. The IPL has laid out rigorous and mandatory testing procedures. Furthermore, as per UAE government protocols, any person entering the country will need to carry a negative test, which should be conducted in the last 96 hours.

The teams will need to quarantine themselves for one week before they can start training for the IPL. On 12 August, Rajasthan Royals fielding coach Dishant Yagnik was tested positive for Covid-19.

The IPL is all set to begin from September 19, with Dubai, Abu Dhabi and Sharjah to host all the matches.