Home » Cricket » Keeping in mind current scenario, I am not committing to any cricket – AB de Villiers

Keeping in mind current scenario, I am not committing to any cricket – AB de Villiers 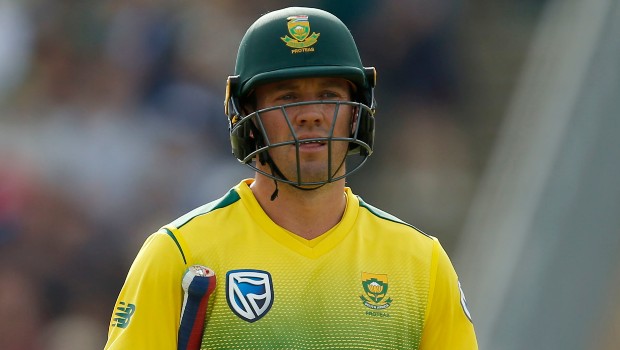 Former South African captain AB de Villiers has made it clear that he doesn’t want to commit to any cricket with the uncertainty going around because of the coronavirus pandemic. In fact, it was reported yesterday (April 29) that Cricket South Africa has approached de Villiers for the leadership role.

However, he went on to squash all those rumours. Meanwhile, it was known that AB de Villiers was set to make a comeback into the national team for the T20 World Cup. South Africa’s head coach Mark Boucher was ready to welcome back the talisman with open arms.

But with uncertainty over the schedule of the T20I showpiece, de Villiers recently said he is not sure if he would be available provided the tournament is postponed to next year.

Consequently, de Villiers doesn’t want to commit to any form of cricket as he doesn’t have a clear picture in front of him.

The T20 World Cup is to begin from October 18 in Australia but it could come under the clouds. There is no clarity whether the tournament will go ahead as scheduled. ICC and Cricket Australia will be able to host the tourney as planned only if the current situation will improve. In fact, ICC has confirmed that it is planning to host the tournament as scheduled and they are keeping a close eye on the development.

“Yes, that is my worry the schedule for next 12 months is unclear. The virus is hitting and what is going to happen with the cricket schedule around the world,” de Villiers said while speaking on Star Sports’ Cricket Connected show.

“That is one of my big worries and reasons why I am not committing to any cricket at the moment.

Meanwhile, AB de Villiers had sent shocking waves in the cricketing world when he decided to pull the plug on his career in May 2018. In fact, it was also reported that he wanted to come back into the team before the 2019 World Cup but the team management was not open to welcome him back. However, he chose to continue playing in different T20 leagues across the globe.

AB has been a class player over the years and there is no iota of doubt that his presence will add value to the South African squad for the T20I World Cup. The right-hander has the skills to turn the match on its head and he would aim to make a roaring comeback to International cricket.