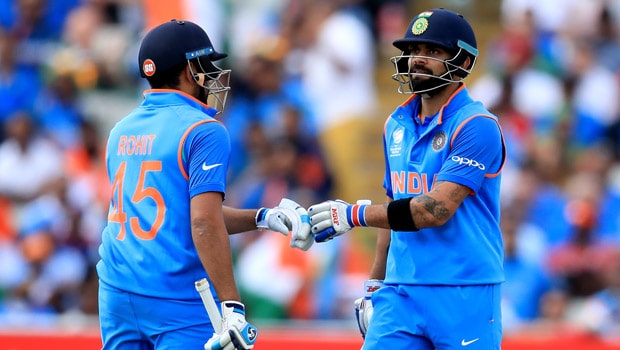 India left-arm pacer Khaleel Ahmed, who has played under three Indian captain, Virat Kholi, Rohit Sharma and Dhoni has something to say about the trio.

After making his debut under Sharma after Kohli was rested for the 2018 Asia Cup, the 22-year-old has garnered impressive figures. This includes 11 ODIs and 14 T20Is that see him taking 15 wickets in ODIs and 13 in T20Is.

The bowler who is from Rajasthan had an impressive debut against Hong Kong when he claimed three wickets during the Asia Cup and also played against Afghanistan.

His impressive debut series earned him a call-up for the limited-overs series (ODI and T20I) against the West Indies.

Ahmed, who also emanated from the Tonk region, was involved in 4 ODIs against the Caribbean team and took seven wickets at an economy of 5.34. He also took three wickets in the three T20Is played against the West Indies.

Speaking in an exclusive interview with TimesofIndia.com, Ahmed noted that Kohli and Sharma are different types of captains, explaining that the former is very aggressive in his play while the latter is calm.

He further explained that Kohli would hit for a boundary or six, showing confidence. The aggression he said injects confidence in the team’s bowlers.

He also said that Sharma would give bowlers confidence and the freedom to speak during an international match.

He, therefore, said being an aggressive bowler, he loves playing under the current captain.

He, however, stated that the duo’s similarity is that they never force a player to do anything.

Ahmed, who made his debut in 2018 under Dhoni, who recently retired from international cricket, said both Kohli and Sharma guide and ask player’s opinion and then give their inputs.

Ahmed further earned a call to the ODIs after claiming three wickets on his debut in Australian conditions in 2018 during the three-match T20Is against Australia.

His impressive outing saw him dismiss D’Arcy Short twice in the series.