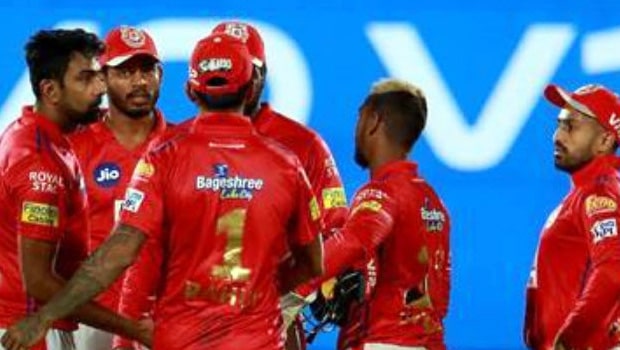 KXIP was chasing a target of 150, and they achieved it in 18.5 overs losing only two wickets in the process. With this victory, they have now their fifth straight match in the Indian premier event. This has kept their playoff hopes alive.

They were able to emerge victorious, all thanks to Chris Gayle and Mandeep Singh, who conjured to make their comeback possible.

Interestingly, Gayle overcame illness in the game to record 51 runs off 29 balls, shooting five sixes in the process.

Mandeep, who recently lost his father, also anchored the chase with an unbeaten 66 off 56. With over 100 runs from the duo in 10.1 overs, the target looked achievable.

Their feat, however, rubbed off on Mandeep who recorded eight fours and two sixes of a shine after recording a splendid sixth IPL half-century.

With 100 runs from 61 balls, the duo needed got the win for their team with seven balls to spare.

KXIP’s win also opened up the table before the penultimate round of the tournament. KKR has now been pushed to fifth with 12 points from 12 matches due to their negative run rate of (-0.479). It is now difficult for them to make it to the last four.

After winning the toss, Kings XI Punjab opted to field, and it eventually worked in their favour as their bowlers showed discipline especially at the back-end, restricting Kolkata Knight Riders to a modest 149/9.

Mohammed Shami, who recorded a three-wicket scalp, conceded 35 runs in the process. Another top performer amongst Kings XI Punjab bowlers was leg-spinner Ravi Bishnoi, who also conceded 20 runs but got KKR’s two wickets.

Whilst batting KKR opener Shubman Gill recorded 57 off 45 balls while skipper Eoin Morgan got up 40.