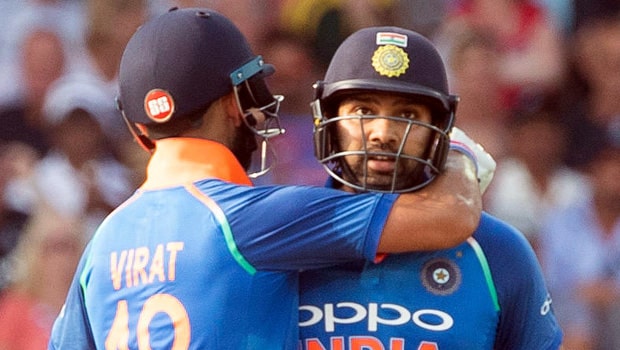 The recent appointment of Rohit Sharma as the ODI captain following the sacking of Virat Kohli has sparked plenty of controversies in the Indian cricket circuit. The decision by BCCI has been met with strong responses. Former Indian wicket-keeper Kiran More has also shared his opinion on the entire saga.

More praised the decision to appoint Rohit Sharma as the white-ball captain. According to him, the decision should’ve been taken long ago as split captaincy was taking a toll on Kohli’s individual performances.

“For the ODIs and T20s, it’s a very good call. I will not disturb him (Virat Kohli) as the Test team captain. Virat has captained India in two World Cups (50 overs in England and Twenty20 in the UAE). Virat’s bilateral records are superb, but you need to win ICC events. That’s important. I think it’s a good move by the selectors, More told News18.com.

The former chairman of the selection committee also stressed on the importance of winning ICC events. India failed to win a single ICC tournament under Virat Kohli’s leadership and the recent debacle in the T20 World Cup made matters worse. Kohli had announced his decision to step down as the captain of the T20 team well before the World Cup. However, according to several reports, he wanted to continue to lead the team in ODIs.

“Virat can lead in Test matches and Rohit in white-ball format. I am happy with this arrangement. This should have happened a long time back. There was a lot of pressure on Virat in all formats. It took its toll. At least one format should have gone to Rohit earlier,” More added.

Meanwhile, former Pakistan captain Salman Butt thinks that Rohit Sharma will be held more accountable now as white-ball skipper of the team. Sharma used to be the deputy for Kohli in limited-overs cricket before but will have to bear the responsibility of the team going forward.

“Rohit Sharma is no longer the stand-in captain, where he has the pressure only for one match or one tournament. People will talk about him now. For a change now, whatever good or bad happens, people will attach it with Rohit Sharma’s name and not Virat Kohli. So it is a different feel altogether,” mentioned Butt.