Home » Cricket » KL Rahul admits not being a powerful hitter

KL Rahul admits not being a powerful hitter 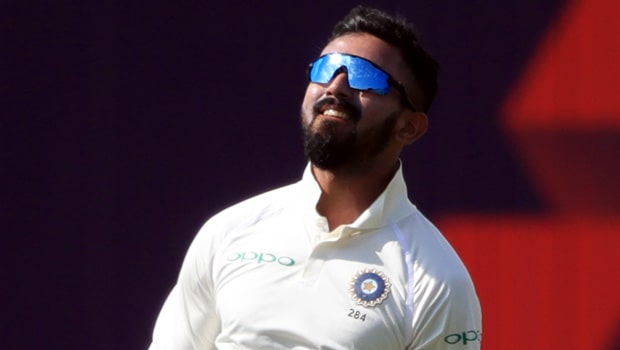 The game of cricket requires hard-hitting from batsmen. But India player KL Rahul has admitted that he is blessed with certain skills, but power-hitting isn’t one of them.

Speaking ahead of the white-ball series against Australia, Rahul said he could score at a high strike-rate of 160 to 170 by doing it minus the blitzkrieg.

While not calling his batting power-hitting, he said he has not been able to do or gifted for.

The white-ball series will start with the first ODI on Friday. Speaking on his batting position, the batsman said that would depend on the format he is playing, adding that it will decide if the team’s management.

Although Rahul hasn’t played 50-over cricket regularly for India for over a year, he is delighted to be in good shape ahead of the meeting.

This he said makes him feel good as he in a situation that he has never been in before. So, he is a good thing contributing to the team’s win and playing his role pretty well.

Rahul had scored a hundred during the last ODI series in a century in Mount Maunganui in February) during their Tour in New Zealand.

He further stated that the Australia Tour is a fresh start for everybody, and it’s vital for India a team to start well and enjoy their game.

He also lauded the Australian team, with special praise for Marnus Labuschagne. While refusing to call him an unknown entity, Rahul noted that he is in the top 5 getting a lot of runs in the last 12-15 months.

Having watched how Marnus played, he said India had kept their fingers crossed, hoping that he won’t score many runs against them.

He believes with the caliber of bowlers they have; there is a plan to stop Australian top batsmen. He thinks the bowling attack will be a good challenge for him.