Home » Cricket » KL Rahul can be the perfect No.6 for India in Tests: Brad Hogg

KL Rahul can be the perfect No.6 for India in Tests: Brad Hogg 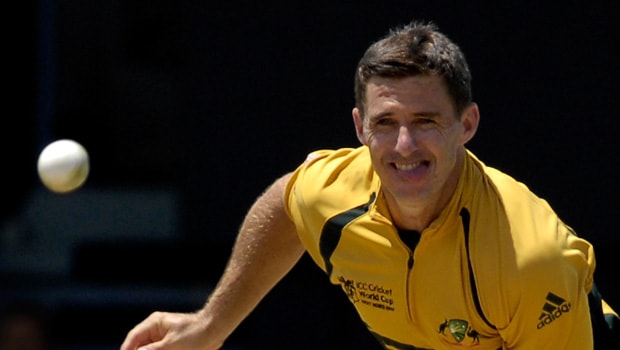 KL Rahul has been in sensational batting form as far as white-ball cricket is considered. He had a terrific Indian Premier League season, during which he finished as the highest run-scorer, and then carried that form forward into the limited-overs series against Australia as well.

Now former Australian wrist-spinner Brad Hogg thinks Rahul can replicate that form in Test cricket, provided he is given an opportunity. Hogg is of the opinion that Rahul should be batting at No.6 for India in the upcoming four-match Test series against Australia.

“I think KL Rahul should be given a chance. The last time that he came over to Australia, he didn’t do well. He is confident, he is rearing to go, and I think he will be the perfect No.6 for India. When Virat Kohli goes, you keep KL Rahul at No.6 and put Shubman Gill at No.4,” Brad Hogg said in a video on his YouTube channel.

If Rahul plays at No.6, that means Hanuma Vihari might have to sit out. The 27-year-old has also done well in the limited number of opportunities he has been given in Test cricket and scored a century in the practice match against Australia A a couple of matches back as well.

Hogg also thinks that the absence of Virat Kohli from second Test onwards will be a huge advantage for Australia. The hosts are far more experience in playing Pink-ball Tests and that gives them another edge in this series.

“I think no Kohli puts a lot of pressure on this Indian series. He is the stalwart at No.4. He has such a great record. I think it is going to be a big hole to fill. The reason why I think Australia are going to win 2-1 is because they have got the advantage with the pink-ball. Brisbane is a huge advantage as well,” Brad Hogg predicted.

The series between Australia and India will kick off with the first Test at Adelaide on December 17. India would want to gain early momentum in the series as they will have to deal with the absence of their batting stalwart, Virat Kohli, in the last three matches.