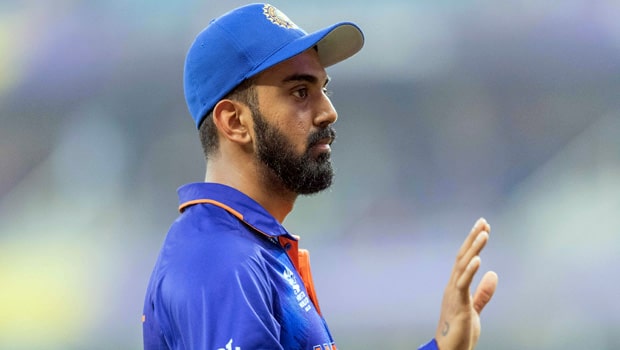 Newly appointed T20I vice-captain KL Rahul is looking forward to playing under head coach Rahul Dravid. The former India batting great will take over the reins of the side during the series against New Zealand which begins on November 17. Dravid will be replacing former head coach Ravi Shastri who decided not to continue once his contract came to an end following the T20 World Cup.

KL Rahul hasn’t shied away how excited he is to be playing under Dravid. ‘We all know how big he is,’ said Rahul while talking about Dravid’s stature, experience, and knowledge of the game. The T20I vice-captain spoke in detail at a virtual media interaction ahead of the series against the Blackcaps.

“Look, I have been fortunate to know him for a very long time. As a youngster, I did try to pick his brain. He was very helpful to all of us back home in Karnataka. He has helped boys across the country, having him here with us as a part of that setup will give us an opportunity to learn,” said Rahul.

KL Rahul also talked about his experience in the India A setup where had the opportunity to interact and learn from Dravid. We all know how big a name Rahul Dravid is, we have a great opportunity to learn from him and get better as cricketers. When it comes to coaching, I have played a couple of games with India A setup, he is somebody who has a great understanding of the game and creates an atmosphere where everybody is comfortable. He has always been a team man,” the 29-year-old added.

India’s recent performance at the T20 World Cup was extremely underwhelming. After failing to win their first two matches against Pakistan and New Zealand, India fell behind in the group and couldn’t qualify for the semi-finals. The new leadership group of Rohit Sharma, KL Rahul, and Rahul Dravid will be aiming for a much-improved performance at the next T20 World Cup which is scheduled to be held in Australia in 2021.

“The long-term goal is to focus on the World Cup but we will focus on the process and every series from now on is important. We will try to see what combinations are perfect for us and can be used for the world cup but right now we will be focusing on one series at a time,” he mentioned.