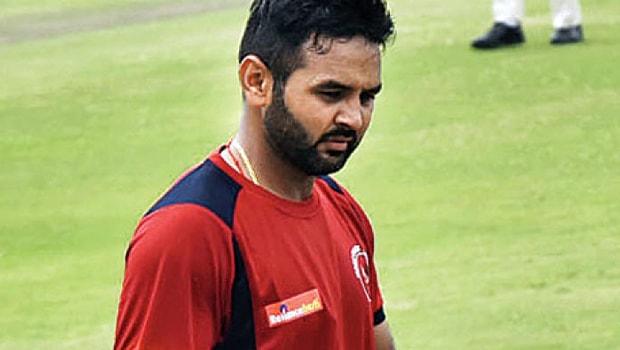 India’s wicket-keeper batsman Parthiv Patel believes  KL Rahul is a short-term solution for the team in the upcoming T20 World Cup. Patel believes the Karnataka batsman can deliver the goods as a wicket-keeper in the T20I showpiece. However, the veteran Gujarat keeper doesn’t see Rahul as a full-time gloveman.

Parthiv Patel indicated that the team should go back to Rishabh Pant for the full-time solution. Meanwhile, Rahul has grabbed his opportunities as the first choice keeper of the team after Pant was hit by a bumper from Pat Cummins in an ODI against Australia.

Rahul replaced Pant as a concussion substitute and didn’t look back. The flamboyant batsman scored 224 runs in the five T20Is against the Kiwis and he was awarded the Player of the series.

Subsequently, Rahul was able to justify the role of a finisher in the following ODI series against Blackcaps. Thus, Indian skipper Virat Kohli clarified that KL will be backed as the first choice keeper of the team.

Rahul has done well behind the stumps as well and he is going to get his chances.

When Parthiv Patel was asked who should be India’s first choice keeper in the white ball format, he said while talking to Fan Code, “At this point of time, KL Rahul. I feel Rahul is your short-term thing in a way if you’re thinking of the World Cup. I think he’ll do the job for you during the World Cup, there’s no doubt about it.

On the other hand, Rishabh Pant hasn’t been able to grab his opportunities in the coloured jerseys. Consequently, Pant is often criticised in the media but it should be noted he is still a rookie and will get better with experience.

Patel added that Pant has the talent in him and hence he is the talk of the town when he doesn’t perform to the mark. Parthiv advised Pant to go back to domestic circuit when he is out of form at the International level.

“Rishabh Pant definitely has it in him, there’s no doubt about that. If I put myself into his shoes when I was 17-18, I didn’t have a good series, and going back to domestic cricket for a couple of years helped me a lot. Every time I’ve met Rishabh, I’ve always told him that people are talking about you because you’ve talent in you. If you had no talent and if you weren’t talented, people wouldn’t have been talking about you, so keep that in mind. Sometimes, you have to go back to domestic cricket and just get that form back,” he explained.

KL Rahul and Rishabh Pant will keep fighting for the wicket-keeping slot and whosoever will perform well, will reap the fruits. It should be noted that Rahul has higher chances of playing purely as a batsman as he is in fine form whereas Pant will need to win back the confidence of the team management to get back his gloves and thus his position in the side.