KL Rahul is not a part-time wicket-keeper – R Sridhar 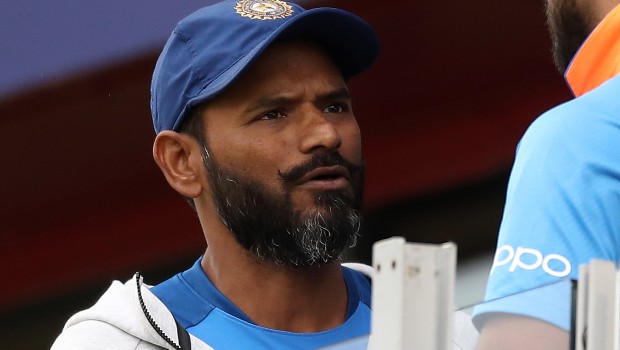 India’s fielding coach R Sridhar has said that KL Rahul is not a part-time wicket-keeper as he kept the wickets in his younger days. Rahul was handed over the gloves when Rishabh Pant was hit on the head by a bumper from Australia’s ace paceman Pat Cummins in an ODI match.

Subsequently, Rahul didn’t look back as he grabbed his opportunity with both hands. The flamboyant batsman not only delivered the goods with the bat but also impressed with his wicket-keeping skills. Thus, Rishabh Pant could not make his return to the white ball side as Rahul played as the first-choice keeper-batsman.

Sridhar revealed that Rahul has kept the wickets for his state team, Karnataka during the Under-16 and Under-19 days. The Indian fielding coach recalled an NCA camp in which he did a few drills with Rahul.

“Rahul is not a part-time wicketkeeper. He has kept wicket for Karnataka in U-16, U-19 tournaments. In 2008, I did an NCA camp for the India U-19 boys, and Rahul was part of it. I remember doing a few keeping drills with him because, for me, he was a wicketkeeper even then. No wonder, he has got such good hands even when he fields; he is such a good slip fielder,” Sridhar told Hindustan Times.

KL Rahul has been in the form of his life in the recent past and has done a fine job in white ball format. However, Rahul was surprisingly left out of the two-match Test series against New Zealand.

The right-hander scored 224 runs in five T20I matches against New Zealand at an average of 56 and strike rate of 144.52. Ergo, he was awarded the Player of the series.

Since MS Dhoni has not played for a long time and Pant hasn’t quite grabbed his chances in the white ball version, it provides a great opportunity for Rahul to keep the gloves. Furthermore, Virat Kohli and the think tank had confirmed that they will keep backing KL Rahul as a wicket-keeper batsman and he was also given the role of a finisher in the ODI series against New Zealand.