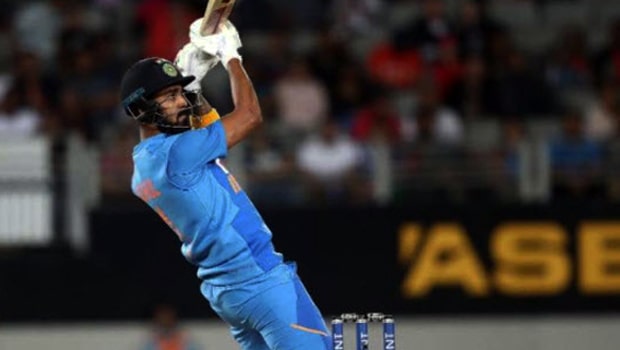 India opener KL Rahul has been in terrific batting form of late. He has taken up the mantle of opening the innings for India in limited-overs cricket in Shikhar Dhawan’s absence and he is making each of his opportunities count.

Rahul has already scored two match-winning fifties in the ongoing T20I series between India and New Zealand. He is the highest run-getter in the series so far with 140 runs to his name in three innings at an excellent average of 70.

Over 300 runs for KL Rahul in his last 5 T20 innings.
Very impressed with the versatility that he has shown and adapted to different positions and roles.
Great support from Shreyas Iyer.
But this win was set up bey the bowlers who did not let NZ bataman to get away #IndvsNZ pic.twitter.com/uHTMc0XSKa

Rahul has 938 T20I runs to his name as an opener at the moment at an excellent average of 46.9. Australia skipper Aaron Finch currently holds the record for being the fastest opener to reach 1000 T20I runs. He achieved the feat in 29 innings. Rahul has played just 22 innings as an opener now which means he has seven more outings to get those 62 runs and become the fastest to the landmark in the process.

If Rahul doesn’t undergo a sudden poor run of form, he could well end up getting these remaining 62 runs in the remaining two matches of this series. If he does so, he would beat Finch’s record by a fair margin and thus would make it difficult for others to better his record.

Rahul is one of the best openers in the format at present. 10 of his 13 scores of fifty-plus in T20Is have come as an opener. Overall, Rahul has 1377 T20I runs to his name at an outstanding average of 45.90.

India have already sealed the ongoing series against New Zealand with their victory in the third T20I at Hamilton and, hence, Rahul can express himself more freely at the top of the order as India take the Kiwis on in the remaining two matches.