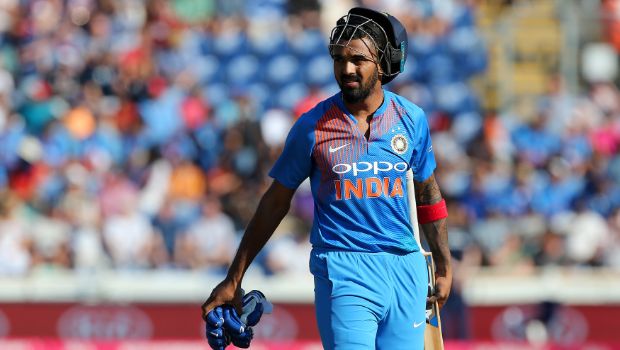 A classy right-handed batsman from Karnataka that can don the wicket-keeping glove to fill the holes within the team. Sound familiar? No, we aren’t talking about the legendary wall of Indian cricket Rahul Dravid but another Rahul.

Kannur Lokesh Rahul or KL Rahul is no stranger to fans and the senior cricket team. The elegant right-handed batsman has either been on the periphery of India’s playing XI for some time now having made his Test debut in the 2014 Boxing Day Test at the Melbourne Cricket Ground. It took him just two Tests to get his maiden century in the format as India seemed to have unearthed yet another gem.

The following year wasn’t his best through a combination of bad luck and injuries, which prevented his debuts in the shorter formats of the match. When he eventually did make his debut in 2016, though, Rahul announced his arrival in style by becoming the first Indian to smash a hundred on his One Day International (ODI) debut.

After a century in T20Is a few days later, he went on to become the only player to score a hundred in the first innings as an opener in both Tests and ODIs. Rahul also set the record for being the fastest batsman to score centuries in all three formats having done so in just 20 innings. He smashed his second hundred in T20Is against England in 2018 and looked like he had the world at his feet at the time.

However, that all changed following an ill-conceived decision to go on a popular talk show that resulted in him receiving massive backlash and outrage from fans as well as the media for some of his comments. The fallout resulted in him and Hardik Pandya, who was also a part of the talk show, being suspended from the team for a few games, thereby jeopardizing his spot in India’s World Cup squad.

Luckily for him, despite being short on confidence, Rahul eventually did prove himself once again in Indian Premier League (IPL) 2019 and made the cut for India’s world cup squad in England last year. He scored a hundred against Sri Lanka in the World Cup and offered glimpses of the Rahul of old albeit still not the same player that first burst on to the scene.

That said, slowly but surely the belligerent Rahul returned to his brilliant best and reminded the world what he was capable of in the second ODI against Australia in the recently concluded ODI series. Rahul thrashed the Australian bowlers to all corners of the ground en-route to a brilliant 52-ball 80 after walking into bat at number five.

KL Rahul was on 🔥 with the bat in Rajkot, and also completed 1,000 ODI runs today! #INDvAUS pic.twitter.com/1Z7u91H1RG

It was Rahul’s best innings in a while and brought forth a new narrative of Rahul’s best position being in the middle order, where he has more opportunities to finish an innings as opposed to when he’s opening or comes in at number one. Furthermore, despite opening a lot, his averages higher up the order don’t make for great reading either, barring the opening slots that are occupied by Rohit Sharma and Shikhar Dhawan.

Add to that, Rishabh Pant’s injury as well as India’s lack of a power-hitting wicket-keeping options in the limited overs game, and the Men in Blue have a tailor-made option in Rahul to fill those roles. This, of course, wouldn’t be the first time an orthodox batsman has donned the wicket-keeping gloves. Dravid was successful behind the stumps for India during the 2010s in what was a relatively successful era for Indian cricket and there’s no reason why Rahul can’t do the same now.

The right-handed batsman’s fearless approach to the game lower down the order coupled with Pant’s inconsistency and injuries seem to be the perfect storm to launch Rahul in this new role. Having struggled to make a mark higher in the order, perhaps batting lower down – like most wicketkeepers – where he can be at his destructive best, is what’ll truly help him thrive and reach his potential.