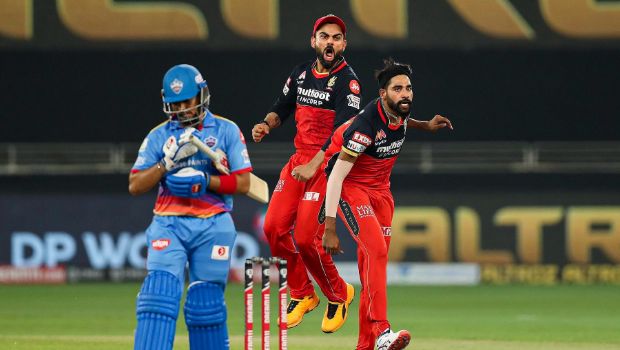 India’s flamboyant batsman KL Rahul has returned back to the Test squad for the upcoming tour of Australia. Rahul has got back his place in the red ball side after impressing in the white ball format and in the ongoing IPL.

The Kings XI Punjab captain is currently the highest run-getter in the IPL as he has amassed 595 runs in 12 matches.

Rahul had a horrible time in the multi-day format last year as he had struggled to get going while opening the innings. The stylish batsman could only muster 101 runs in four innings on the West Indies tour. Rahul averaged 7.1 versus South Africa, 18 vs West Indies at home, 29 vs England, 10.7 vs Australia and 25.4 vs West Indies away from home.

Thus, Rahul was dropped from the New Zealand tour and India had opened with Mayank Agarwal and Prithvi Shaw after Rohit Sharma was ruled out due to calf injury.

On the other hand, Mohammed Siraj makes the cut into the Test side after impressive performances for Hyderabad and India A side.

Siraj had scalped a eight-wicket haul against Australia A in 2018 and followed it with two five-fers against South Africa A and as many four-fers against West Indies A while playing away from home.

Thus, Siraj has earned his place in the Test side after Ishant Sharma and Bhuvneshwar Kumar were ruled out of the Australia tour due to injuries. Navdeep Saini also gets a place and he will join the likes of Jasprit Bumrah and Mohammed Shami. Four reserve bowlers – Kartik Tyagi, Ishan Porel, T Natarajan and Kamlesh Nagarkoti will also travel with the team to help them train for the series in the absence of net bowlers.

Furthermore, Rohit Sharma is not named any of the squads due to his injury.

The first Test match of the series will be a Day-Night affair and it is expected to be played at Adelaide Oval from December 17.