Home » Cricket » KL Rahul named vice-captain of the ODI squad, no place for Rohit Sharma due to injury

KL Rahul named vice-captain of the ODI squad, no place for Rohit Sharma due to injury 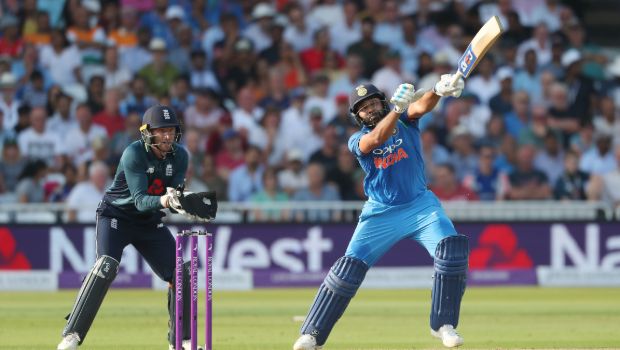 KL Rahul has been named as Virat Kohli’s deputy for the upcoming three-match ODI series against Australia.

Rahul has been named as the vice-captain of both white-ball squads after Rohit Sharma was not named in any of the squads due to his hamstring injury. However, there is still a bit of confusion regarding Rohit’s injury as he was seen training for the Mumbai Indians.

Meanwhile, Bhuvneshwar Kumar has also not been named in the ODI squad after suffering a hip injury in the ongoing IPL. The swing master had returned for the series against South Africa but it was later canceled due to the coronavirus pandemic.

Mohammed Shami has been added to the ODI squad whereas Shardul Thakur will provide the back-up option. Furthermore, Rishabh Pant and Prithvi Shaw have been removed from the ODI squad after their paltry performances in the ongoing IPL. Pant and Shaw both had a decent start to the tournament but they weren’t able to carry the same form.

This means that Rahul is now backed as the first choice wicket-keeper batsman in the white ball team. On the other hand, Shubman Gill has been backed as the reserve opener in the squad. Kuldeep Yadav also manages to retain his place despite mundane performances in the IPL in the limited opportunities he has received.

Mayank Agarwal is also able to retain his place in the ODI squad after impressive performances while opening the innings for KXIP in the ongoing IPL. Agarwal has amassed 398 runs in 10 matches at a whirlwind strike rate of 155.47.

Hardik Pandya returns to the side whereas Manish Pandey also gets a place. Navdeep Saini, who has impressed with his express pace, has made the cut into the side.