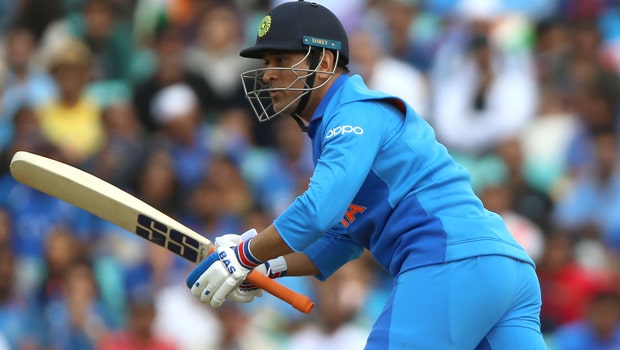 India’s spinner Kuldeep Yadav stated that both KL Rahul and Rishabh Pant are doing well as keepers in white ball format but they are dearly missing the services of former skipper, MS Dhoni. A player with a stature of Dhoni brings a plethora of qualities to the table and the Men in Blue have missed all that since the semifinal loss against New Zealand in the 2019 World Cup.

KL Rahul has done well in the recent past and he has grabbed his chances with both hands especially in the white ball versions of the game. However, Dhoni’s experience has been missed by the side in the crunch situations of the match, from which the team has failed to close out the games. The talisman is now back in action as he is preparing himself to lead Chennai Super Kings in the upcoming IPL season.

“Mahi bhai obviously brings a lot of experience with him and he has given the Indian team a lot. So when a player like that is not playing of course you miss him. They (Rahul and Pant) are young and are doing well. Both are keeping well so it has not made too much of a difference, but yes, you do miss his presence,” Kuldeep told select reporters on Thursday on the sidelines of the Times of India Sports Awards.

On the other hand, Kuldeep Yadav also opened on the debate of playing two wrist spinners in the side. Yadav and Yuzvendra Chahal have done well for the team but playing both of them doesn’t allow Indian captain, Virat Kohli to play Ravindra Jadeja in the final XI. Jadeja has been in supreme form in the last six months and thus either Kuldeep or Chahal has to make way for the Saurashtra all-rounder. However, Kuldeep believes his combination with Chahal is more lethal.

“Our team is very strong and we will make as much effort as possible to put up a strong performance. As far as wrist spin goes, it depends upon what the management decides. If there are two players who are very good at forming batting or bowling partnerships, it is always great for the team. So it will be good if we play together,” he said.
“It’s all on the team combination. Jadeja has been playing very well as a batsman, bowler and fielder. Because of him the combination has become stronger. He gives a lot of depth to the batting. Whenever Chahal and I get chances we try to perform to our best.”

With the IPL 2020 on the cards, Kuldeep is gearing up for the cricket festival. The chinaman is confident of his performances for Kolkata Knight Riders and he is looking forward to the season with all the zest.

“IPL is a platform that forces you to be alert all the time. For now I am fully ready for the tournament. It’s very important with the T20 format and the intensity is always high in this format. So I am fully focussed on it. Any player likes to keep playing. IPL is a platform where if you play regularly you perform well. Even when I’m not playing I keep practicing so that I am ready when I get a chance.”

Kuldeep has not come up with consistent performances in the recent past and he would like to turn the tide in the forthcoming IPL edition. The left-arm spinner will aim to be at his best for the Dinesh Karthik-led side.