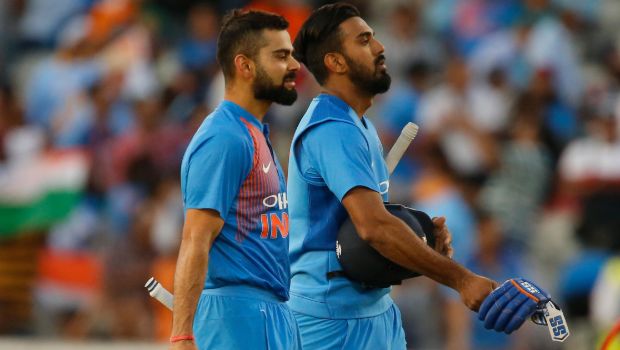 It has been reported that KL Rahul is set to be named as Team India’s new vice-captain in limited-overs format.

With Rohit Sharma replacing Virat Kohli as new white-ball captain, it will be interesting to note who will be the next vice-captain of the team.

KL Rahul has had the experience of leading Punjab Kings in the last couple of IPL seasons and has done a decent job for the franchise. Rahul has been a consistent performer in the limited-overs format and he is expected to take over as Rohit’s deputy.

Meanwhile, Rohit Sharma replaced Virat Kohli as ODI captain, the BCCI announced in a media statement on Wednesday. Rohit is expected to lead India till the 2024 T20 World Cup as he will be 37 by that time. The talisman has a great record as a limited-overs captain as he has led Mumbai Indians to five IPL titles, which makes him the most successful skipper in the tournament.

“KL (Rahul) will be the next vice-captain. It was an obvious choice in white-ball formats. He has done excellently over the last few years. He has 6-7 years left in him and can be groomed to become the next captain. With Rohit and Virat around besides Dravid, he will learn a lot,” a senior BCCI official told InsideSport.”

On the other hand, a BCCI official revealed that Rishabh Pant’s name was also discussed for the vice-captaincy role but the board feels the wicket-keeper batter needs to gain more experience. Pant had led Delhi Capitals in IPL 2021 and the team was able to make it to the playoff stages.

“Rishabh is very young and at this stage, giving him extra responsibility could become a burden for him. With the seniors around, he will learn a lot. Personally, I don’t think it would have been the right call to hand over the responsibility as the vice-captain will have to lead at some point when seniors like Rohit are rested,” the BCCI official told InsideSport.

Meanwhile, Rohit Sharma has been named as the new vice-captain of India’s Test team as Ajinkya Rahane has been removed following his poor form in the last two years.

If the reports are confirmed, KL Rahul’s first assignment as India’s ODI vice-captain will be in the three-match series against South Africa. Rahul was the team’s vice-captain in the T20I series against New Zealand, which India won convincingly by 3-0.