Home » Cricket » KL Rahul vs Shikhar Dhawan – Who is the better T20 opener?

KL Rahul vs Shikhar Dhawan – Who is the better T20 opener? 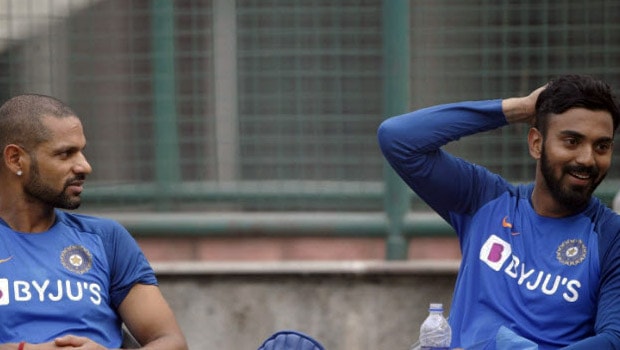 There has been always a competition between KL Rahul and Shikhar Dhawan as far as their place in the Indian T20 team is concerned. Both are natural openers but only one of them can fit into the opening slot as the other slot is already occupied by Rohit Sharma. People have had varied opinions about who has been the better opener between the two players. Some prefer Dhawan whereas some prefer Rahul. In fact, both of them have been prolific at the top of the order for their respective IPL franchises over the years.

Both Rahul and Dhawan finished as the top run-getters for Kings XI Punjab and Delhi Capitals respectively in IPL 2019. Now, it’s time to settle the debate down forever as the T20 World Cup is knocking on the door. To find the better batsman out between them, we will compare three key metrics for both the batsmen.

Even though batting averages and Strike-rates can be compared separately, BASRA gives a good idea about the overall impact a batsman makes with his batting. Dhawan (237) has played almost four times the number of T20 innings as an opener than Rahul (68) but both of their sample sizes are big enough for comparison. While Dhawan has a BASRA of 156.03, Rahul is far ahead with the same metric reading 194.66 for him. This is because both of Rahul’s average and strike-rate are in the high 40s and 140s respectively whereas Dhawan’s is in the decent 30s and 120s. So Rahul is the clear winner as far as this metric is considered.

This is an area where there isn’t much difference between the two batsmen. While Dhawan scores a boundary every 5.84 deliveries, Rahul does that in every 5.10 deliveries. The difference is marginal but Rahul edges Dhawan out once again. Let’s proceed to the last metric to make things clear further.

This metric finally establishes why Rahul is a class apart as a T20 opener. He has 51 scores of 30+ in 68 innings, which means he crosses the 30-run mark every 1.3 innings. Dhawan, on the other hand, may have 103 scores of 30+ to his name, but he takes 2.3 innings to notch up one 30+ score. So there is a clear difference between on the efficiency of the two batsmen. While Dhawan’s consistency is also quite good, Rahul just has extraordinary consistency as an opener. That’s why he is better suited to the opening slot for India than Dhawan.