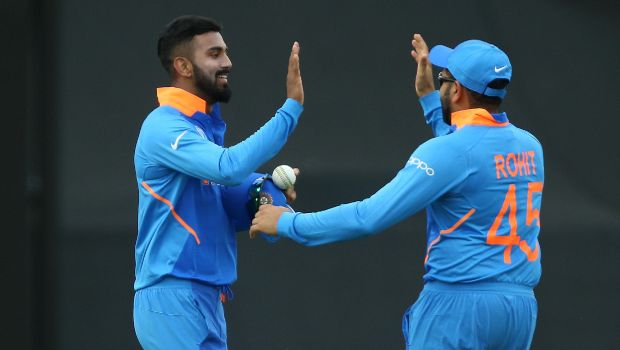 India’s wicket-keeper batsman KL Rahul will keep wickets in the three-day warm-up match against County Select XI, which will begin from Tuesday at Durham.

As Rishabh Pant was tested positive for Covid-19, he didn’t travel with the team to Durham and he is yet to join his teammates after a three-week break.

Furthermore, Wriddhiman Saha was also recognised as a close contact and he is currently completing his isolation in London. On the other hand, KL Rahul has kept the wickets in ODIs as well as T20Is for the national team but he has never don the gloves in Test matches for the Indian team.

In fact, the last time Rahul kept the wickets was back in 2011 when Karnataka Under-22 took on Andhra Under-22 in a four-day game of CK Nayudu trophy.

It was also earlier reported that Rahul will replace Pant as the wicket-keeper for the warm-up match. KL Rahul last played a Test match back in August 2019 against West Indies and it will be a great opportunity for him to grab his chance in the absence of Rishabh Pant and Wriddhiman Saha.

Though India will not go with KL Rahul as keeper in the first Test match against England but the flamboyant batsman can impress with the bat to make a case for himself in the final XI of the team.

Each day will have 90 overs and the match will be broadcasted on Durham YouTube Channel.