Home » Cricket » KL Rahul was promoted as an opener to give more chances in the middle order, says Rahul Dravid 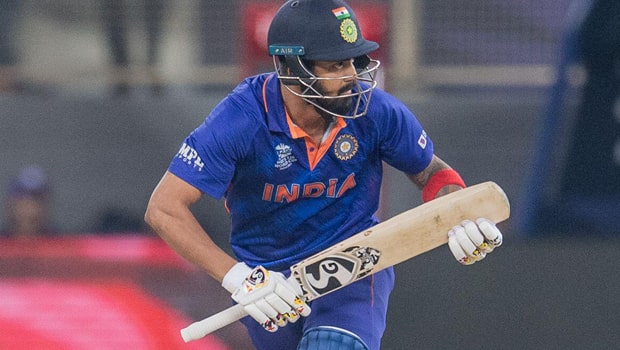 In the absence of regular white-ball captain and opener Rohit Sharma, KL Rahul led Team India in the ODI series against South Africa. Rahul also opened the batting along with Shikhar Dhawan but didn’t manage to make a mark. His decision to open the batting also received criticism from several quarters as Rahul had played well in the middle order in ODIs and in his absence, the Indian middle order looked fragile and ended up collapsing on several occasions.

Following the whitewash in the third and final ODI where the Proteas rescued a win from the jaws of defeat, Indian head coach Rahul Dravid confirmed that the decision to promote KL Rahul as an opener was taken in order to provide more opportunities to middle order batters. Venkatesh Iyer was dropped from the final ODI and Suryakumar Yadav played in his place. Although the chopping and changing didn’t work, Dravid mentioned that he wanted to give the inexperienced middle order and extended run.

“We try to give them as extended a run as we possibly can, that was the whole idea even on this trip. If you see, we didn’t really change the middle order, except that Surya got a game in the last one. But otherwise, we didn’t really change the batting order at all. So we certainly want to give them that consistency, that security, and obviously then you also got to demand performances and really big performances.

“That is an expectation when you play at this level, when you play for your country…The idea is to give as much stability as we possibly can. Rohit wasn’t here, so it opened up opportunities to give some of the other guys a bit of a run,” Dravid said at the post-series press conference.

KL Rahul’s leadership has also come under the scanner following consecutive defeats in all three ODI games. Under him, the team has lacked passion and energy that was a common trait during the captaincy of Virat Kohli. Some of his selection calls and decision have also not gone down well with the fans.

With that being said, head coach Rahul Dravid continues to back him and said that he did a decent job. Rahul will learn from this experience and become a better captain.

“I thought he did a good job. Not easy for him, obviously, to be at the wrong side of the results. He’s got to learn, he’s just starting out his journey as a captain. A large part of captaincy is also the execution of the skills of the players and the quality of the side that you have got. We were a little bit short in the one-day side of things. I thought he did a very decent job. (He is) someone who is growing and will constantly improve and get better as a captain,” Dravid concluded.