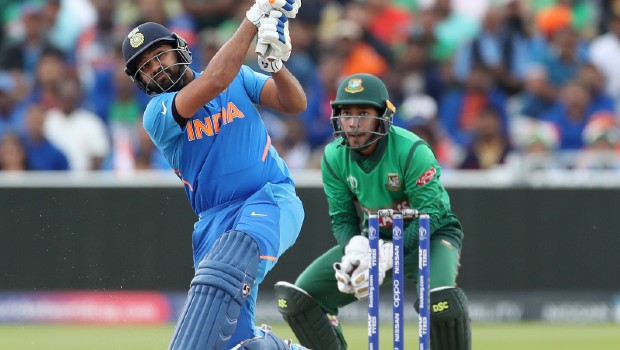 Indian white ball vice-captain Rohit Sharma said KL Rahul’s batting style is pleasing to the eye. Rahul is technically strong and he is a treat to the eyes when he gets going. The right-hander has been in sublime form in the recent past and he has grabbed his opportunity in the limited overs format.

Rahul was given the opportunity to keep the wickets after Rishabh Pant was hit on the head by a bouncer from Pat Cummins in an ODI match against Australia. Subsequently, Rahul has done a fine job with the gloves and he has also delivered the goods with the bat. Hence, he has made it difficult for Pant to get back into the ODI and T20I side.

Rahul was preferred over Pant for the T20I and ODI against New Zealand. The flamboyant right-hander scored 224 runs in the five T20I matches against the Kiwis at an average of 56 and a blistering strike rate of 144.52. Thus, he was awarded the Player of the series.

Rohit Sharma said while talking to Harbhajan Singh in a live Instagram interaction, “His shot-making is very pleasing to the eye”.

On the other hand, Harbhajan Singh believes KL Rahul is the other match-winner in the side apart from Rohit Sharma and Virat Kohli. The off-spinner added that Rahul is versatile and can bat anywhere in the batting order.

Harbhajan added, “Apart from Rohit Sharma and Virat Kohli, KL Rahul is the biggest contender in the squad as a match-winner… He is a batsman who can bat at four, five and six and also open the innings. Like to watch KL Rahul bat when he is in full flow.”

Meanwhile, KL Rahul had a decent World Cup campaign as he scored 361 runs at an average of 45.12 in nine matches.

Rahul looks in prime form and he is grabbing his opportunities with both hands. Furthermore, he has impressed with his wicket-keeping skills and has put himself as a first choice keeper in the white ball formats.