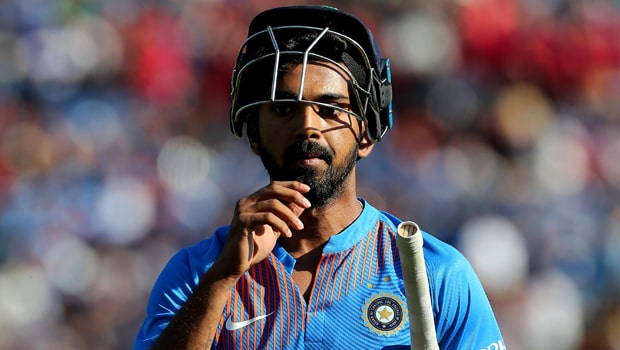 272 runs at an average of 22.66 and a mere strike-rate of 110.56, that’s what Shikhar Dhawan’s T20I batting numbers read in 2019. Moreover, these runs don’t include even a single fifty-plus score and that sums up how the 33-year-old has struggled at the top of the order. But the Indian team management had still retained their faith in him as they named him in the T20I squad to face West Indies initially.

In fact, with a player of KL Rahul’s calibre knocking on the door to play in the opening slot, this would have been Dhawan’s last chance to make a case for his position in the side. However, as Dhawan is ruled out of the series now with a knee-injury sustained during the Syed Mushtaq Ali Trophy, it gives Rahul a chance to stamp his authority on the position.

The Karnataka batsman has almost equaled Dhawan’s tally of runs this year in half the number of innings as compared to the southpaw. Rahul has 192 runs to his name in six T20Is this year at an average of 38.40 and a strike-rate of 134.26. These runs include two fifties as well, one of which came against Australia at Visakhapatnam earlier in the year and another in the final T20I of the recently concluded series against Bangladesh at Nagpur.

Moreover, 117 of these runs came while batting as an opener and, that too, at a superb average of 39.00. His strike-rate also shoots up to 146.25 if we consider only his opening exploits this year.

In fact, Rahul’s overall record as an opener in T20Is is fabulous. He has batted 14 times as an opener in T20Is and has amassed 535 runs at an excellent average of 41.15 and a strike-rate of 142.66. Moreover, five of his eight fifty-plus scores in T20Is have come while opening the innings. So that sums up how his chances of scoring big increase when he is batting at the top of the order.

Moreover, Rahul has been in good form for Karnataka in the ongoing Syed Mushtaq Ali T20 as well. He has amassed 225 runs in six innings at a massive average of 56.25. Hence, when India take on West Indies in the three-match T20I series starting on December 6, the Indian think-tank should give him a continuous run at the top of the batting lineup in all the matches.