Home » Cricket » Kohli: Australia dominated us in all department

Kohli: Australia dominated us in all department 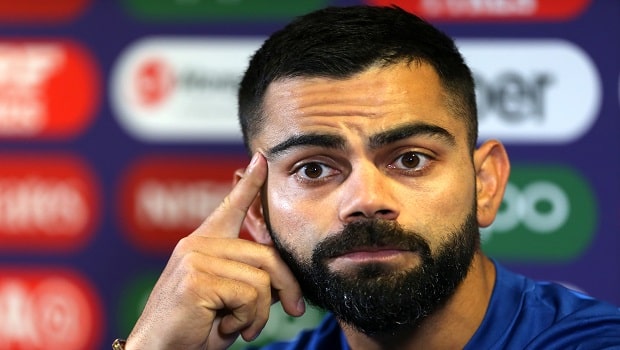 India captain, Virat Kohli, has admitted that the team was totally outplayed in all departments by Australia in the first one-day international in Mumbai.

The host recorded their first loss of the year in cricket on Tuesday against the Aussies as David Warner and Aaron Finch were handy striking unbeaten centuries to hammer India by ten wickets.

Describing the Australian team as a strong one who punishes teams that don’t play well, Kohli said India didn’t get enough runs and added that the hosts were too respectful at certain phases, and it cost them the game.

He, therefore, said the team has a chance to bounce back on Friday.

Warner had an unbeaten 128, and while captain Finch had 110 not out, which took the tourists to their target of 256 with 78 balls to spare.
Earlier, India had been bowled out for 255, with Mitchell Starc claiming 3-56.

With this outcome, the visitors now lead the three-match series 1-0, with the second game set to hold in Rajkot on Friday.

A record has been set by the visitors as well. Australian beats India by ten wickets for the first in an ODI. This is also the first time that India will be on the receiving end of such a defeat since 2005.

During the game, a second-wicket stand of 121 between KL Rahul and Shikhar Dhawan took India to 134-1. Rahul, however, became the first to fall in a collapse of four wickets for 30 runs.

Rishabh Pant was sent for an early bath when he got struck on the head by a delivery from Pat Cummins, which made him be able to keep wicket.

Warner and Finch later compiled the highest partnership by any pair in an ODI against India to put on an unbroken 258 for the first wicket against the hosts.
The duo is now on the record book joining the three highest Australia partnerships in ODIs, after adding 284 with Travis Head against Pakistan in 2017 and 260 with Steve Smith against Afghanistan in 2015.

Reacting to the win, Finch described their comeback into the game during the middle overs as impressive.

The skipper who pointed out that Shikhar and KL were batting well and they were looking to accelerate, said he was proud of the way his team fought back.