Kohli, Bumrah’s failure at the heart of India’s ODI whitewash against New Zealand 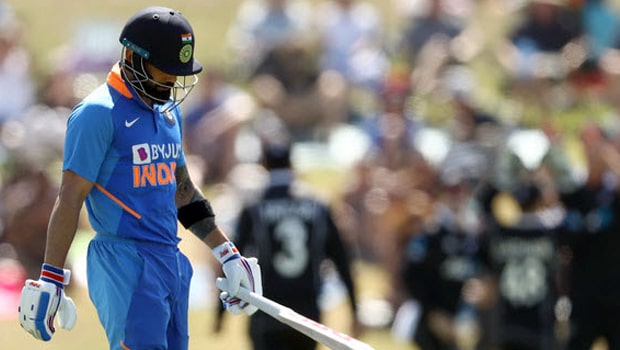 India’s defeat in the recently concluded ODI series against New Zealand came as a shock to the entire world of cricket.

It was not only because they lost but it was more so because of the way they lost. India were completely whitewashed as they lost all of the three matches of the series and the Kiwis won all of these encounters quite comprehensively.

This kind of performance after India steamrolled the hosts in the T20I series preceding the ODIs, in which they won all of the five matches and thus whitewashed the Kiwis, can be called a debacle. And at the heart of this debacle was the failure of two of India’s best players. Two players who are regarded as the best in their respective areas at present. They are none other than Virat Kohli and Jasprit Bumrah.

While Kohli amassed only 75 runs in three innings during the series, Bumrah bowled 30 wicketless overs for 167 runs. Both of these players have always played big roles in almost all the series they have played in for India. So this kind of performance from the duo largely effected the overall outcome of the series, the results of which were visible in the final series scoreline.

The last time Kohli had averaged 25 or lesser in a series was way back in 2009 when he scored only 40 runs in the two innings of the home series against Australia at an average of 20. Since then, he has never performed so poorly in a series until now.

Bumrah, on the other hand, had never gone wicketless in an ODI series prior to this. We are accustomed to see him picking up wickets for fun ever since he made his international debut. So it was surprising to see him struggling to pick up wickets in this series against the Kiwis.

What their failure also goes on to show is how dependent India are on their individual performances. While players like KL Rahul and Shreyas Iyer still stepped up with the bat, there was hardly any bowler who could make up for Bumrah’s struggles with the ball. So India lacked their main strike bowler which allowed New Zealand to score comfortably. Now, the Indian team and all of their fans will be praying for the duo’s speedy return to form as all of us know how the team’s performance is largely dependent on their contributions.