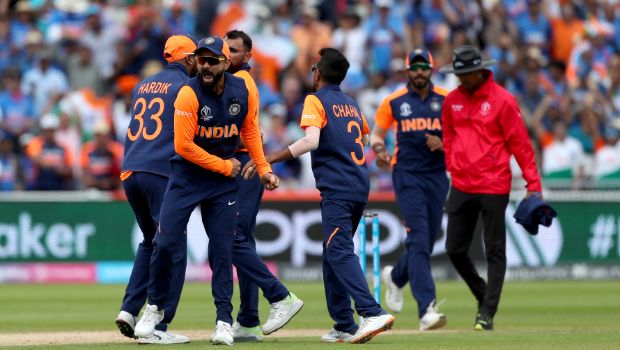 The Indian captain Virat Kohli has returned back to the team’s Test squad for the first two Test matches against England after missing the last three games against Australia to be with his wife for the birth of their first child.

Along with Kohli, India’s veteran fast bowler Ishant Sharma and all-rounder Hardik Pandya have also got a place in the first two Test matches.

Shubman Gill, Mohammed Siraj, Washington Sundar and Shardul Thakur who all impressed in the Test series against Australia have retained their places in the 18-man squad. However, Prithvi Shaw, who had a torrid first Test match at Adelaide, has been dropped from the Test squad.

KL Rahul, who was ruled out of the Australia Test series with a wrist injury, has also got a place in the team. Jasprit Bumrah and Ravichandran Ashwin, who didn’t participate in the final Test match at the Gabba have been retained in the team.

On the other hand, Mohammed Shami, Umesh Yadav, Ravindra Jadeja have been ruled out of the first two Tests due to their respective injuries. The selectors have also named Axar Patel in the 18-man squad.

Meanwhile, Rishabh Pant, India’s hero in the fourth Test match and Wriddhiman Saha will continue to be the wicket-keeper batsman of the team. Furthermore, KS Bharat, Abhimanyu Easwaran, Shahbaz Nadeem and Rahul Chahar have been named four stand-byes who will be inducted into the squad in case anyone from the main squad is to be replaced.

Mayank Agarwal, who didn’t have a great series against Australia, has been backed by the selection panel. Moreover, Kuldeep Yadav, who didn’t get his chance in the Border-Gavaskar series has also been named in the squad.

India’s squad as reported by ESPNCricinfo: