Kohli reveals what Test cricket has contributed to his life 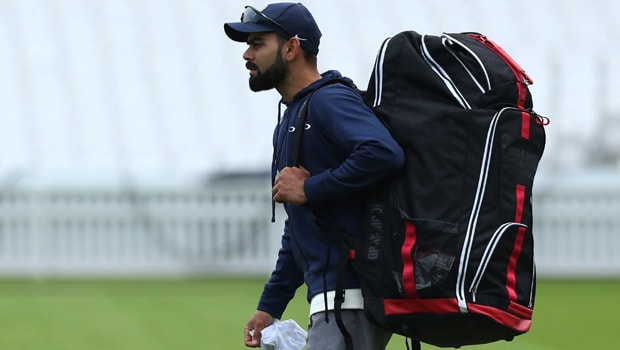 India captain Virat Kohli has revealed how he became a better person by playing Test cricket.

The Indian skipper who described the long format of the game as a representation of a life without the option of quitting when things are tough said he is happily living a comfortable life amid coronavirus pandemic.

The dreaded virus has killed over 30000 people globally, with about a million infected. India had, as a result, declared a 21-day curfew to curtail the spread of the pandemic.

Kohli, in an Instagram live conversation with former England batsman, Kevin Pietersen, spoke on his passion for Test cricket, amongst other things.

While noting that the test games represent life, Kohli told Pietersen his former IPL teammate that as a professional, he has to allow the routing of clapping when others are batting and come back the next day to play after being run out the previous day or began as not out.

Kohli is the world’s premier batsman with 27 hundreds and 7240 runs in 86 games to his credit.

While also speaking, Peterson commended his former colleague for being against four-day Tests. The International Cricket Council (ICC) had planned to use it in pulling in more crowds.

Kohli who stated for five consecutive times during the interview that his favourite format of the game is Test cricket said he is grateful to God for a place to live while many struggled to keep their job due to coronavirus pandemic, adding that there is no need to complain about what one doesn’t have.

Speaking on his aggressive style of batting, which has elicited different opinions, the Indian skipper said that it is a form of enjoyment for him.

On the team’s strategy, Kohli said there is no need to behave himself because he is the leader of the group, but need to enjoy the game then strategy follows.

When asked to chose his two best batsmen, he went for AB de Villiers, whom he has tremendous respect for and former India captain, MS Dhoni.

On the reason for choosing the pair, he said they understood his running between the wickets and his calls. He added that he had enjoyed batting with the duo as they don’t even need to call; with a look at each other’s faces, they know what to do.