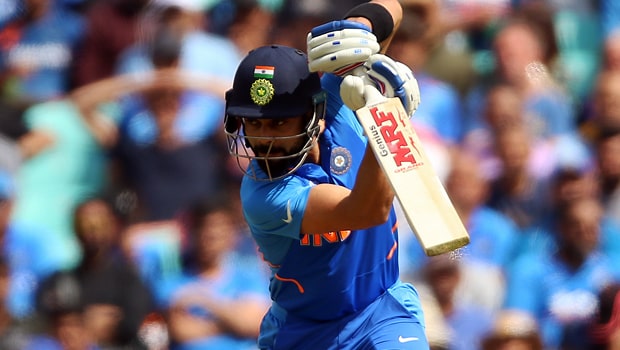 India captain Virat Kohli has said that he is in support of the idea of Day/Night Test in Australia next year. This he said provided his team is allocated a practice match.
Recall that India will be playing a Day/Night Test with the pink ball against Bangladesh, which begins on Friday.

Meanwhile, the practice match is not in the plan of the series during the 2017-18 tour Down Under.

Speaking elaborately about his apprehensions about the pink ball on earlier occasions, the captain gave a positive reply with a rider ahead of next year’s big tour.

Ahead of today’s game, Kohli has said that whenever it is held, there should be a practice game before the real game.

According to him, his teammates refused to play Day/Night Test in Australia during the 2017-18 tour because it wasn’t part of the plan, and they couldn’t acclimatize.

Speaking further, the skipper said the Indian team wants to get a feel of pink-ball cricket, adding that if it eventually happens, it has to be well planned as it can’t just be brought up before a big tour and inputted into the schedule. He said there is a need for a pink-ball Test because the team have not even practised with the pink ball because they have not played any first-class game with it.

Kohli, who noted that such a schedule couldn’t be sudden, said he changed his mind because discussions have been ongoing for a while because it wasn’t as if they were told just days prior to a series.

He said that India didn’t find it logical two days a week before game to be told that they are playing a pink ball Test as it requires a bit of preparation.
He also noted that once a cricket player gets used to playing with the Pink ball, there won’t be a problem playing it in further games.

Speaking ahead of tonight’s clash against Bangladesh, Kohli said he is excited that India is playing a Day/Night Test at home for the first time.

While noting that there have been talks for a while over the pink-ball game, Kohli said to experience a Pink Ball Test in their own backyard will help India to understand the movement of the ball.

He said the team would also monitor if there will be more sideways lateral movement of the ball and eventually going on to play an important Test series anywhere in the world.