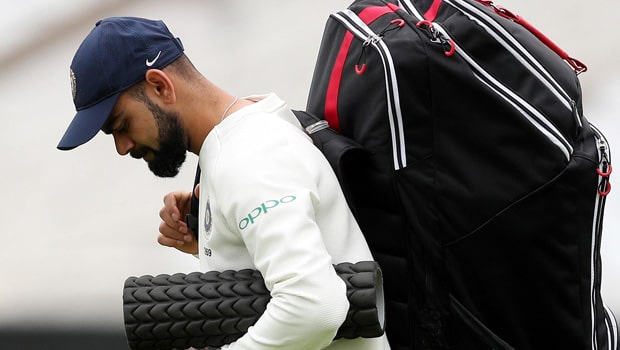 The Indian captain Virat Kohli has been granted a paternal leave and he will return to India after the first Test match against Australia at Adelaide Test. Kohli had informed the BCCI about his plans to return to India at the selection committee meeting, which was held on October 26th.

On the other hand, Rohit Sharma, who was not named initially in any of the squads, has been rested from ODI and T20I squad to recuperate from hamstring injury and he has been added to the Test squad.

Meanwhile, Sanju Samson has been added to the ODI squad for the three-match series against Australia as an additional wicket-keeper batsman.

BCCI also provided an update on Ishant Sharma, who is completing his rehab at the National Cricket Academy in Bengaluru. Once the lanky pacer recovers, he will be added to the Test squad. Sharma had suffered a muscle tear and could only play a solitary match in the IPL.

Furthermore, Varun Chakravarthy who had received a maiden call-up after impressing in the IPL, has been ruled out of the tour due to shoulder injury. T Natarajan, who impressed with his execution of yorkers, has been added to the T20I squad.

Moreover, Kamlesh Nagarkoti, who was selected as a net bowler for the tour of Australia, will not travel with the team as he will be working with the medical team on his workload management.

The updated squads are as follows: