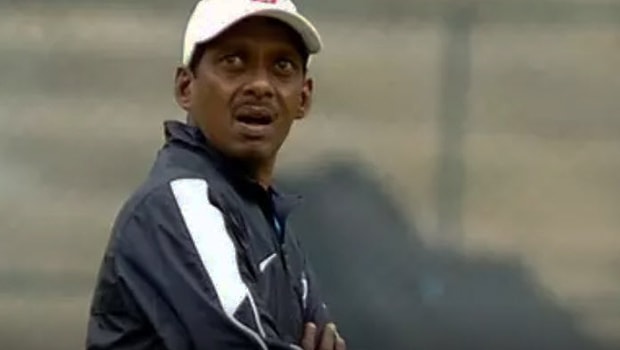 Former Indian leg-spinner Laxman Sivaramakrishnan has given credit to ex-captain Krisnamachari Srikkanth for giving confidence to Sachin Tendulkar on his debut. Sachin was only 16-year old when he made his Test and ODI debut against Pakistan in 1989. Kris Srikkanth was India’s captain at that time and gave encouragement to the young boy.

In fact, Sachin didn’t have the best of debuts both in ODI and Test format. The prodigy Mumbai batsman was dismissed without troubling the scorers in his ODI debut whereas he scored 15 runs in his maiden Test innings. However, Srikktanth did put his weight behind the youngster.

Sachin would soon announce himself at the big stage as he started scoring runs in the arduous conditions. The right-hander scored a magnificent knock of 114 runs against Australia at Perth in 1992 and there was no looking back for him. Sachin would then go on to become one of the world’s best batsman and he was always instrumental in the success of the team in his illustrious career of 24 years.

Meanwhile, Kris Srikkanth led India in four Test matches and all the four matches ended in a draw. The former right-handed opening batsman led India in 13 ODI matches in which the team won four whereas they lost eight and one game ended in no result.

Srikkanth handed over the captaincy baton to Mohammed Azharuddin who led the team for a long time. However, Laxman feels Srikkanth should have led India in more matches.

“Cheeka (Srikkanth) was an aggressive captain. He provided a lot of results. He was very proactive,” Sivaramakrishnan said on the Cricket Connected Show on Star Sports Tamil.

“A player like Tendulkar made his debut under Cheeka’s captaincy. Cheeka’s encouragement to Sachin Tendulkar at that young age gave him confidence and he went on to become the world’s best batsmen. We’ve had a lot of inspirational captains, but I always feel Cheeka could have captained more.

Sachin was a special talent and it was imperative that he was handled properly by the captain of the side. Ergo, Kris Srikkanth did a fine job in giving the right confidence to the prodigy batsman.

On the other hand, Laxman Sivramakrishnan heaped praise on the captaincy of Sunil Gavaskar who backed him as a youngster. The leg-spinner was only 19 year old when he made his debut for the national team and Gavaskar had backed him to the hilt in 1985.