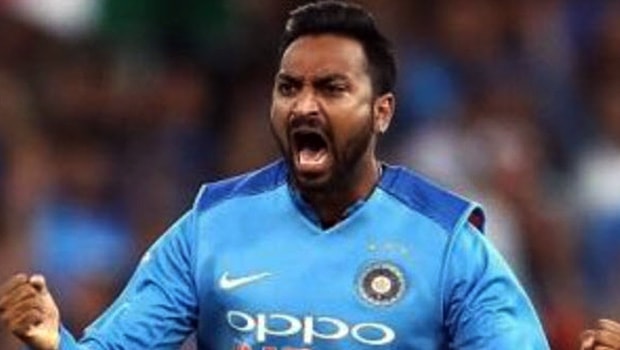 Indian all-rounder Krunal Pandya will lead Baroda in the upcoming edition of Syed Mushtaq Ali Trophy starting on January 10. The Baroda Cricket Association announced the 22-man squad on their website and it also includes another talented all-rounder in Deepak Hooda.

Apart from them, seasoned opener Kedar Devdhar and talented batsman Vishnu Solanki have also been name in the squad. Left-arm pacer Lukman Meriwala is expected to lead the bowling attack and the 30-year-old slow left-arm orthodox bowler is another familiar name in the squad. The rest are mostly new faces who will be eager to prove their worth.

Among all the players, only Krunal Pandya and Deepak Hooda have the experience of playing either in international cricket or in the Indian Premier League (IPL).

Deepak Hooda, on the other hand, has played in 68 IPL games. He has amassed a total of 625 runs in these games and has picked up seven wickets as well.

Prabhakar Bairgond has also been named as the head coach after Dav Whatmore, who was appointed initially, couldn’t take up the assignment.

Along with Gujarat, Maharashtra, Chhattisgarh, Himachal Pradesh and Uttarakhand, Baroda is placed in Elite Group C and they will be playing their matches at home.