Kuldeep Yadav makes a statement with yet another ODI hat-trick 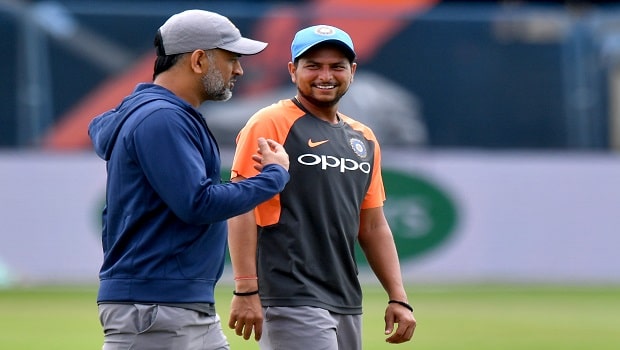 There has been a lot of discussion about Kuldeep Yadav’s place in the Indian limited-overs squad of late. With skipper Virat Kohli, and the team management, looking to add to the batting depth of the Indian side, spinners like Ravindra Jadeja and Krunal Pandya have been preferred in the shorter formats in recent times.

However, that move has often backfired as India struggled to pick up wickets in the middle overs on numerous occasions. Moreover, Kuldeep’s poor form and fitness issues only added to his ouster from the Indian team after the World Cup. But the inability of the finger-spinners to have the same impact as Kuldeep forced the management to bring back the Chinaman spinner once again.

He couldn’t make that significant impact in the first ODI against West Indies at Chennai as he went wicketless but he was the most economical among all the Indian bowlers in that match which India lost by eight wickets.

And as the caravan moved to the second ODI at Visakhapatnam, the time had finally arrived for Kuldeep to redeem himself. He bowled beautifully throughout the match as the West Indies batsmen continuously struggled to read him. In fact, wickets eluded him until his seventh over and it was finally his eighth over when luck started favouring him.

First, he had a well-settled Shai Hope sent back to the pavilion as he was out caught on the deep mid-wicket boundary by Virat Kohli. Then, he had both of Jason Holder and Alzarri Joseph caught behind the stumps by Rishabh Pant and Kedar Jadhav respectively to complete the second hat-trick of his ODI career for India. Kuldeep also became the first Indian to register two hat-tricks in ODIs and it couldn’t have been a better redemption for him.

The 25-year-old ended up with an excellent spell of 10-0-52-3 in the end to power India to a superb 107-run victory. India also drew the series level with this win and thus have set the series up for a cracking final match at Cuttack on Sunday (December 22). This kind of performance will serve as a massive boost to Kuldeep’s confidence and he will only look to do better in the forthcoming matches.