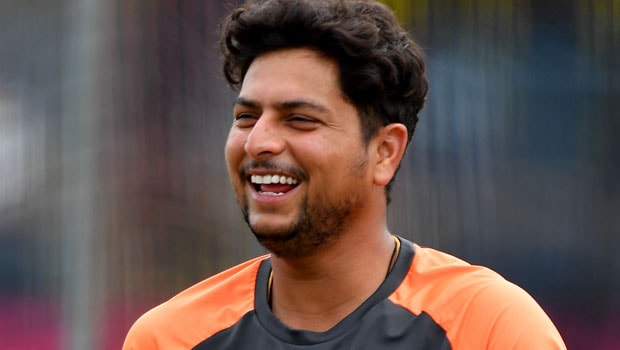 Indian bowler,  Kuldeep Yadav, has revealed how he had to apologise to former India captain Mahendra Singh Dhoni after being mortally scared for not following his instructions.

The left-arm chinaman during an Instagram chat admitted that Dhoni on that day deserved to livid, adding that he had never seen him lost his cool in 20 years.

The verbal lashing from Dhoni was during ODI against Sri Lanka in 2017. Yadav was bowling at that time, and he was instructed to change his fielding.

He recalled that Sri Lankan hitman, Kusal Perera got a boundary off him over the covers and the skipper, who was the wicketkeeper shouted from behind the wickets that Yadav should change the fielding but didn’t follow the instruction.

This drew the anger from Dhoni, who has been known to be a cool lad.  The next ball, the batsman got another boundary from Yadav’s over with a reverse sweep.

Not believing what happened next, angry Dhoni came up to him and asked if he is mad for not listening to him having played 300 ODIs.

Scared over the situation,  was the Uttar Pradesh spinner went to meet Dhoni in the team bus and apologised. After his apology was accepted, he proceeded to ask the veteran if he had been that annoyed before, Dhoni answered saying he had never lost his composure like that in the past.

The last time Dhoni featured for the national team was the semifinal of the ODI World Cup last year, which India lost.

Having been back from injury, the veteran was expected to lead Chennai Super Kings in the 13th India Premier League (IPL), which has been postponed indefinitely due to the COVID-19 pandemic.

The IPL would have been his comeback where the national team selectors might consider recalling him into the team.