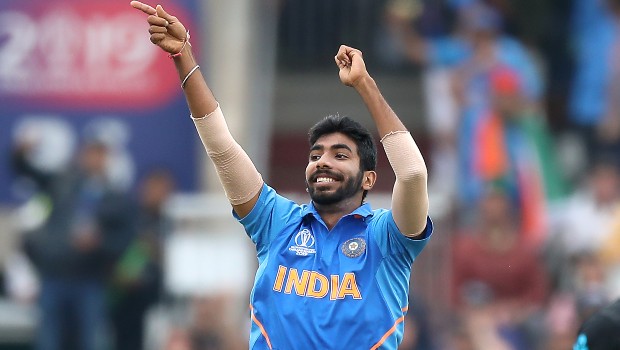 Indian gun pacer Jasprit Bumrah has rated his Mumbai Indians teammate, Lasith Malinga as the best yorker bowler in the world. Malinga has been known to accurately hit the block hole in his illustrious career and the yorker has been the most potent weapon in his rich armoury.

In fact, Malinga has two kinds of yorkers in his repertoire and he has bamboozled the best in the business with his toe cruncher. The Sri Lankan legend has a slow yorker which dips on the batsman and also has a fast accurate one. Malinga has used his experience to great advantage and his yorker makes him one of the best death bowlers in the world.

On the other hand, it is prudent to say that Jasprit Bumrah has been able to hone his skills while playing with Lasith Malinga for the Mumbai Indians.

Malinga has passed on his knowledge to Bumrah and the results have been palpable. Bumrah is one of the best death bowlers in the world and a lot of credit goes to Malinga for helping the youngster.

“Malinga is the best yorker bowler in the world and he used it for such a long period of time to the best of his advantage”, Bumrah was quoted as saying in a tweet by his IPL franchise Mumbai Indians.

Lasith Malinga has savoured great success over the years. The Sri Lankan ace paceman has a slinging action and his release point, which is just in front of the umpire, makes it difficult for the batsman to pick him up.

Malinga is the most successful bowler in the IPL history as he has scalped 170 wickets in 122 matches at an average of 19.79.

On the other hand, Malinga did a fine job for Sri Lanka during his heydays. The 36-year old has snared 338 wickets in 226 ODI matches he has played for the Island nation at an average of 28.87.

Malinga has also bagged 107 wickets in 83 T20I matches at an average of 20.79. The Sri Lankan pacer is now in the fag end of his career and he would like to finish on a high.