Last season, thank you to MS Dhoni and Stephen Fleming for keeping the faith – Shane Watson 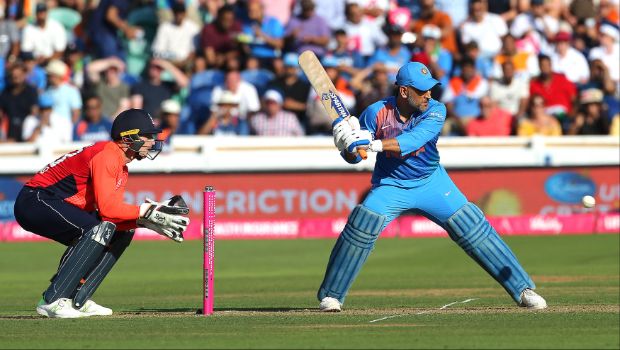 Chennai Super Kings batsman Shane Watson has given gratitude to his captain, MS Dhoni and coach Stephen Fleming for keeping the faith in him.

Watson was struggling to get the runs in the league stage but the CSK think tank kept backing him. The former Australian all-rounder has all the experience under his belt and CSK knew that he will come good at the big stage.

The right-hander was going through the lean patch back in IPL 2019. In fact, the hard-hitter was getting off to good starts but he was not able to convert them into substantial scores. Watson then turned the tables in the final against Mumbai Indians.

The CSK opener almost single handedly took his team to glory as he smashed 80 runs from 59 balls. CSK’s spinner Harbhajan Singh then later revealed that Watson batted through a bleeding knee and he had to get six stitches after the match. However, Watson’s heroic performance went in vain as Mumbai Indians won by the skin of their teeth.

Watson believes he would have been warming the benches if he was playing for some other franchise. However, Chennai Super Kings have always known to back their players to the hilt, which has played a major role in their success in the league.

“You can go for 10 games without scoring runs and still get picked. Last season, thank you to M.S. Dhoni and Stephen Fleming for keeping the faith,” Watson said in an Instagram live session on CSK’s handle.

“Every other franchise would have been ‘You are gone. Thank you for coming, but you are sitting and you are running the drinks’,” he said.

Watson knew that a big knock was around the corner as he was batting well but it was not reflecting in his scores. The all-rounder praised Dhoni’s leadership for putting the weight behind him. The right-hander scored 398 runs in 17 matches in IPL 2019 at an average of 23.41.

“Then when things turned around, which I knew it would at some stage, I thanked MS and Fleming for keeping the faith, and they said there was never any doubt,” he said.

“And that’s phenomenal. That made me feel 10-foot tall. That’s the power of amazing leadership. To know when to stick with people you believe in, and that’s amazing for me. And I am forever indebted to those guys.”

Chennai Super Kings is one of the most successful teams in the IPL and backing their players have given them the rewards. Watson has shown over the years that he is a big-match player and scored a match-winning 117 off 57 balls in the final of the IPL 2018 against Sunrisers Hyderabad.