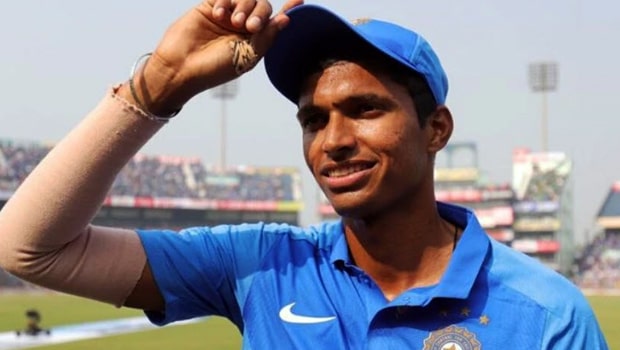 When the Board of Control for Cricket in India (BCCI) announced that pacer Jasprit Bumrah will be sidelined with a lower back stress fracture, seldom were surprised with that development. After all, the 26-year-old had been carrying the Indian pace attack on his back in ODIs and T20Is for a couple of years.

Snarky anecdotes aside, the Indian cricket team have exhausted all available resources to find an able pace bowling partner for Bumrah in white-ball cricket. But neither the experienced Mohammad Shami, Bhuvneshwar Kumar and Umesh Yadav nor have the newer faces like Shardul Thakur and Khaleel Ahmed managed to overly impress in international cricket over the past couple of years. Outside of his mind-boggling spell of six wickets for seven runs in 3.2 overs against Bangladesh, pacer Deepak Chahar, too, has been hot and cold on the international stage.

However, one speedster that has been better than advertised is 27-year-old Navdeep Saini. Largely known for his raw pace in the domestic circuit, the ‘Karnal Express’ has improved significantly since his breakthrough year with Delhi in the 2017-18 Ranji Trophy season, where he finished as the joint fourth-highest wicket-taker with 34 scalps in eight matches. His excellent form prompted Bengaluru to shell ₹3,000,000 for his services in the Indian T20 League Auction, and while his numbers don’t paint a pretty picture, they also do not tell the whole story.

Outside of a couple of rough outings at the Wankhede and Arun Jaitley Stadium, Saini was a solid performer with the new ball and at the death for a Bengaluru bowling attack that – with the exception of Yuzvendra Chahal – has consistently been abhorrent for years. In a high-scoring thriller that saw over 400 runs in 39.1 overs, Saini gave a miserly 31 in his spell of four, showcasing his ability to stifle the opponents on a flat deck. The 27-year-old’s brilliant spells of 1-24 and 0-23 against Chennai and Punjab, respectively, were the catalysts to Bengaluru’s victory in those encounters. His performances prompted captain Virat Kohli to pick him in the Indian cricket team and the move has proven to pay dividends so far.

The Captain pulled of this amazing catch last night. But guess who got the wicket?

He made his T20 international debut for India against South Africa and made a huge impact on the game, dismissing Proteas skipper Quinton De Kock on 52 in the 12th over, helping the team restrict the visitors to just 149. His ODI debut came soon after, and on a day when the Indian bowling attack leaked 315 runs, Saini gave away just 58 in his quota of 10 while also picking up a couple of wickets.

If Saini’s 2019 could be deemed impressive, his start to this new year was nothing short of sensational. Paired with the returning Bumrah, the 27-year-old bowled a peach of a spell in India’s victory over Sri Lanka in the second of their three-match T20I series. He bowled 13 dot balls and gave away just 18 runs in his quota of four, but what stood out most was his lethal use of the bouncer and yorker, that left the Sri Lankan batsmen ducking for cover and taking evasive action to protect their toes.

Navdeep Saini was the pick of the bowlers as Sri Lanka manage just 142#INDvSL https://t.co/2JSnJZDHf2 pic.twitter.com/zKocguf4hr

He rocked opener Danushka Gunathilaka with a trio of bouncers, before unleashing a 147 KMPH yorker that sent the batsman packing. His second wicket of the game was different but devastating, as a bodyline bouncer feathered off batsman Bhanuka Rajapaksa’s gloves for an easy catch to wicketkeeper Rishabh Pant. His outstanding performance won him his maiden man of the match award in international cricket and was a breath of fresh air for fans of Indian cricket, who have been craving for an express quick that could compliment Bumrah.

At 27, Saini isn’t exactly a spring chicken. The Haryana-native in entering what should be his prime years as a player. However, if the past few months are signs of what Saini could produce, India may have found an answer to their pace bowling woes.