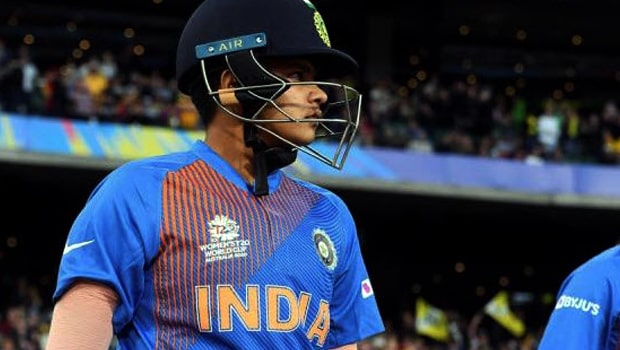 India’s prodigy young batswoman Shafali Verma is the talk of the town. The 16-year old batter hogged the limelight in the recently concluded T20 World Cup in Australia. The attacking batsman scored 163 runs in the five innings at an average of 32.60 and a blistering strike rate of 158.25.

Verma was awarded two player of the match awards for providing a brisk start to the team against Bangladesh and New Zealand. Subsequently, the greenhorn batswoman was compared with the likes of former legendary batsmen, Sachin Tendulkar and Virender Sehwag, on the various social media platforms.

However, Ashwani Kumar, Shafali’s coach doesn’t want these comparisons to be made. Kumar stated that it would be better if she can be Shafali first rather than Lady Sehwag or Lady Sachin.

“I know this comparison is overwhelming but Shafali is Shafali. Let her be first Shafali rather than calling her lady Sehwag or lady Sachin of Indian cricket,” Kumar told The Times of India.

The rookie batter who belongs to a small town of Rohtak (Haryana) has thus far played 19 T20Is for the Indian women team in which she has scored 487 runs at an average of 27.05 and a staggering strike rate of 146.24.

On the other hand, Australia were too good for India in the final as the hosts obliterated Women in Blue by 85 runs. During the post-match presentation, Shafali could not hold her emotions and broke down. Ashwani added that the young girl will get over the heartbreak of the final. The coach also went on to add that the youngster needs to add more singles and doubles to her rich repertoire.

“Shafali is a fast learner and a hard worker. The only thing she probably needs is to mix more singles and doubles in her batting. But she’s very young and will only grow better with experience,” he said.

Meanwhile, Shafali has impressed with her pyrotechnics. The Indian opener is a hard-hitter of the ball and mostly plays beside the ball. Ashwani added that the talented batswoman is blessed with great power and hand-eye coordination, which helps her in clearing the fence.

“Shafali is blessed with strong arms and shoulders and boasts excellent hand-eye coordination which leaves little margin of error for bowlers.”