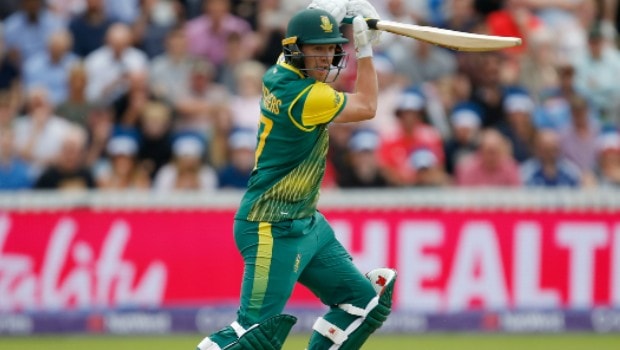 South Africa’s former talisman batsman AB de Villiers is taking one day at a time and he is not thinking too far ahead for his much anticipated comeback into International cricket. Recently, the Proteas head coach Mark Boucher had revealed that they are open to welcome back AB de Villiers in their side for the T20 World Cup.

The right-hander also reportedly had discussions on the same with Cricket South Africa and the team management. However, he was not included in the side for the series against Australia and India.

Meanwhile, AB de Villiers had sent shocking waves in the cricketing world in 2018 when he had suddenly decided to pull the plug on his International career. The decision came out as a bolt from the blue as the linchpin batsman was still fit as a fiddle. The swashbuckling right-hander then went on to miss the 2019 World Cup and it was reported that he wanted to come back into the side for the ODI showpiece.

However, de Villiers continued to play in the different T20 leagues across the globe. De Villiers is currently more focussed on the upcoming edition of the Indian Premier League and wants to give his best for the Royal Challengers Bangalore. There is no doubt that his return to International colours will depend on his form in the tournament.

“Let’s wait and see what happens. My focus is on the Indian Premier League at the moment, and helping Royal Challengers Bangalore realise our full potential. Then we will sit down and have a look at the rest of the year and see what is possible,” De Villiers told IANS.

On the other hand, de Villiers revealed that he had decided to call it a day in May 2018 as he wanted to spend more time with his family and International cricket was taking a toll on him. In 2018, de Villiers had said that he was tired and wanted a break.

“Each player must consider his own circumstances and make his own decision. I reached a point where I wanted to see more of my wife and two young sons, and seek a reasonable balance between family and cricket,” he said.

Meanwhile, AB de Villiers is going strong at 34 and he added that it is imperative to eat right as well as exercise regularly to have a healthy body.

“Discipline is the key. Eating right and regular exercise are extremely important. It becomes a habit. Eat healthy, have a healthy lifestyle, and it’s not difficult at all.”

The upcoming edition of the Indian Premier League is under dark clouds due to the outbreak of the coronavirus. Thus far, more than 160 cases have reported in India and four people have lost their lives to the pandemic, which is spreading like a wildfire.