Lloyd: Ganguly was team India catalyst, Kohli took them to another level 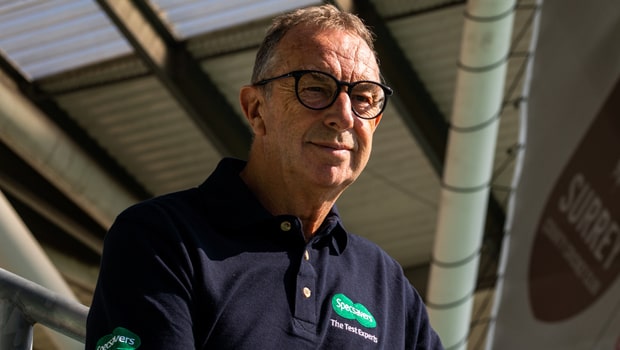 Former England cricketer David Lloyd has said that current BCCI President and former captain Sourav Ganguly is the catalyst for the transformation of Team India.

Lloyd further said that the incumbent captain,  Virat Kohli, described as fearless, took it to another level.

The Englishman who now runs commentary made a reference to the India-Australia Test rivalry in the early 2000s. In the game, Ganguly led India to an epic home contest that ended 2-1. That retained the Border Gavaskar Trophy after playing a 1-1 draw Down Under in a classic four-Test series.

Speaking in a chat show on Sony Ten’s Pit Stop, the 73-year-old who said he is a massive fan of Ganguly said the former captain gave the team real steel that made them not to be dictated by quick bowlers.

He further said Ganguly was able to lead the team to a win in Australia because he prepared for a bouncing ball that was the team’s nemesis. He also lauded the duo of Rahul Dravid and Sachin Tendulkar for their exploits under Ganguly.

Ganguly as India’s Test captain won 21 out of 49 matches with 11 of them away from home. He is touted as one of the most successful captains India has ever had.

Lloyd further said a cricket team with a quality spinner and a couple of pacemen, is in business worldwide, pointed out that Ganguly was a massive influence on Indian cricket.

The former English left-hander also lauded Kohli, who he said has taken the team to another level. He described Kohli as a great leader who fights for the team, and he is fearless.

He further stated that Kohli is with the team to win matches than accumulate runs for himself, adding that he will lead by example.

He also praised his fellow countryman, Ben Stoke, by putting him in the list of great all-rounders such as Gary Sobers, Andrew Flintoff, Ian Botham, and Kapil Dev.