Lockdown forces Ajinkya Rahane to go back to Karate 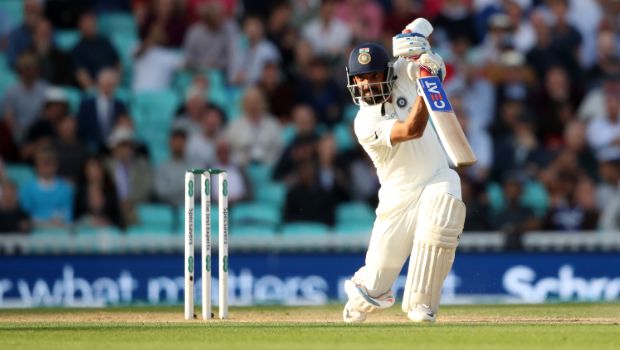 With everyone confined to their respective homes due to the 21-day curfew in India, the country’s Test vice-captain Ajinkya Rahane has been busy away from the field.

Others have found one or two things doing, making it their daily routine during the lockdown put in place to curtail the spread of the coronavirus pandemic.

With some people improving on their culinary skills, Rahane revealed that he has been practicing Karate again, having got a black belt from the sport initially.

He further revealed that the situation has made him lend helping hands to his wife, Radhika as well in the household chores by mostly assisting her in looking after his daughter Arya. Before Arya wakes up in the morning, Rahane would have done his work out, which usually last about 30 to 45 minutes.

In a video of Rahane shared by the Board of Control for Cricket in India’s (BCCI) on their social media handles, the Test vice-captain revealed that he further try practicing Karate again three to four times in a week while the rest of the day is dedicated to looking after Arya.

Due to the lockdown, he now has time for his daughter, and he is usually the one that goes to attend to her whenever she wakes up, which reduces the burden on his wife.

So, Rahane has joined other Indian athletes that are excited over the break that has given them time for their family.
Cricketers usually travel from one town to the other while playing the game. Additionally, Rahane also helps his wife in the cleaning and cooking when Arya goes to sleep.

He further revealed that his culinary skills have improved after getting a lot of cooking tips from his wife. Although he likes listening to music and reading books during his spare time, he has more time in his hands now as well. He further revealed that he is reading Swami Parthasarthy’s The Holocaust of Attachment at the moment, which usually takes the other part of his days.

The last time Rahane was in action for India was in their Test series against New Zealand. He recently moved to Delhi Capitals from Rajasthan Royals.