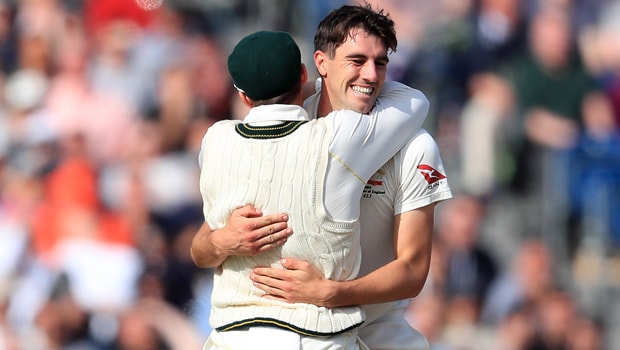 Australia’s gun pacer Pat Cummins is looking forward to playing in the Indian Premier League with all the zest. Cummins believes the IPL would be a perfect opportunity for the players to hit the ground running after a long break due to the coronavirus pandemic. The ace paceman added that the IPL could serve as a perfect way to practice for the T20 World Cup.

Meanwhile, Cummins had become the most expensive overseas player in the IPL history when he was roped in by Kolkata Knight Riders for a whopping amount of INR 15.50 crores in the auctions.

On the other hand, Cummins is one of the best fast bowlers in the world. The Australian quick has been right on the money and he had scalped 99 wickets in 2019. The right-arm pacer is at the numero uno position in the ICC Test rankings.

Cummins added that he is in constant touch with the Kolkata Knight Riders’ team management and they are hopeful that the IPL would go on.

“Whenever I speak to the owners of the team and the staff there, they’re still really confident that it can be played at some stage this year,” Cummins told SEN on Thursday. “I was really looking forward to playing it for many obvious reasons, hopefully it goes ahead.”

Cummins believes it would be great for the players to play IPL before the T20 World Cup. The New South Wales pacer feels the IPL won’t have a load on the players as the format is Twenty20.

“It (IPL) could be a great way to get back into playing cricket (after the COVID-19 stoppage). It’s T20, not as cumbersome on your body. We’ve got a big World Cup that is going to be played at some stage, so playing as much high-quality T20 cricket as we can is great.”

The IPL was to begin from March 29 but it has been indefinitely postponed. There are reports suggesting that the IPL might take the T20 World Cup window of October-November if the ICC event is postponed due to Covid-19. However, the IPL will take place behind closed doors.

Meanwhile, Pat Cummins has played 16 IPL matches in which he has scalped 17 wickets at an average of 29.35. Ergo, Cummins will look to prove his mettle for the Kolkata Knight Riders if the IPL happens in 2020.