Magic moments will be difficult without any crowd – Virat Kohli 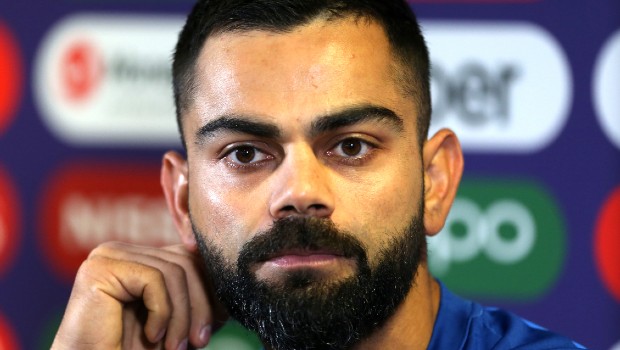 The Indian captain Virat Kohli believes the magic moments will be a major missing if we play without any crowd, once the cricketing action makes a comeback after the pandemic situation. It is expected that the matches will be played behind closed doors once the situation improves.

There is no qualm that there will be a high risk of hosting the matches with spectators and no cricket board or government is going to take that road. Ergo, the matches are most likely to be played without any fan engagement.

On the other hand, it is well known that the Indian team receives a lot of support wherever they play in the world. The stadium is mostly filled with the blue jerseys and it is going to be a different feeling for the players to play without any crowd.

“It’s quite a possible situation, it might happen, I honestly don’t know how everyone is going to take that because we all are used to playing in front of so many passionate fans,” Kohli said in Star Sports’ show ‘Cricket Connected’.

“I know it will be played at a very good intensity but that feeling of the crowd connecting with the players and the tension of the game where everyone goes through it in the stadium, those emotions are very difficult to recreate,” he added.

The crowd adds a different dimension to the game and they can help the home team in turning the tide. The atmosphere of the stadium is mostly electric as the fans chant their favourite player’s name to back them.

Furthermore, the pressure of playing in a jam-packed stadium is also well known. It is not easy for the players to perform in front of the huge crowd in pressure situations. Moreover, the noise of the fans is not a friend for the standing umpires as they sometimes don’t pick up the sound because of the loudness of the fans.

Hence, it is going to be a different ball game altogether if the matches are to be played without any spectators.

“Things will still go on, but I doubt that one will feel that magic happening inside because of the atmosphere that was created.

“We will play sports how it is supposed to be played, but those magical moments will be difficult to come by,” he said.

Meanwhile, players like Ajinkya Rahane, Ben Stokes, Pat Cummins, Jason Roy have backed the idea of playing without the fans. However, former Australian captain Allan Border and all-rounder Glenn Maxwell are not in support of the T20 World Cup being held behind closed doors. The ICC is expected to lose $5 million to $10 million if there will be no sale of the tickets for the T20I showpiece.