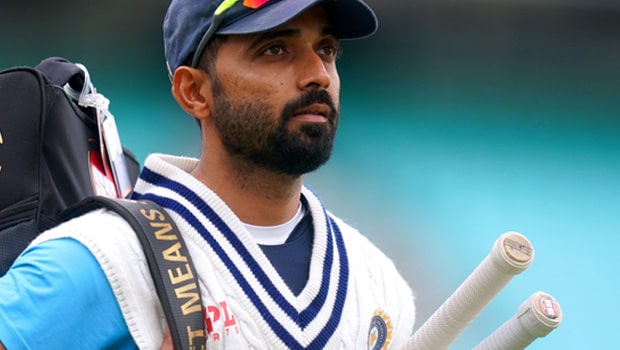 India’s Test captain Virat Kohli decided to sit out the T20I series as well as the first Test against New Zealand. However, he will be back for the second and final Test to be held in Mumbai’s Wankhede Stadium.

Stand-in skipper Ajinkya Rahane was under the scanner once again during the Kanpur Test. He managed just 39 runs across both innings and Rahane’s lean patch is becoming a cause of concern for the side. There have been considerable discussion regarding the decision to drop him in order to accommodate Kohli in the next match given Shreyas Iyer’s incredible form.

Shreyas Iyer became the first Indian male cricketer to score a century and a half-century in his debut Test. Many fans and experts feel that the team management should stick with him at number 5 and drop Rahane going forward.

Despite confirming that Virat Kohli will be back for the second Test, stand-in skipper Ajinkya Rahane refused to share his views regarding possible changes to the XI. Speaking at the end of the match, he said, “Virat is coming back for the next game. We’ll have to wait and see till the Mumbai game. I am not going to make any comment but the management will make a call.”

In his last 12 matches, Rahane has managed just 411 runs at an average of 19.57. He has managed just two half-centuries during this period. The 33-year-old’s last century arrived against Australia at the Melbourne Test last year.

The team might also decide to alter the batting order. Cheteshwar Pujara could well be asked to open the innings along with Mayank Agarwal in order to fit Virat Kohli in the middle-order.

The first Test between India and New Zealand at Kanpur was a tightly contested affair that went right down to the wire. The hosts needed just one wicket in 8.4 overs to snatch the win but Rachin Ravindra and Ajaz Patel grinded out a hard-fought draw. Bad light also played a part in the result as the game was called off 10 minutes prior to the stipulated time.

Ajinkya Rahane feels that India did everything possible to seal the victory in the first Test. “Not really. I tried my best. Very good game of cricket, they played really well. We came back really well after the first session. We wanted to get that partnership going. We were looking to bowl 5-6 overs in the end, but we needed that partnership to carry on. I don’t think we could have done anything different,” he added.