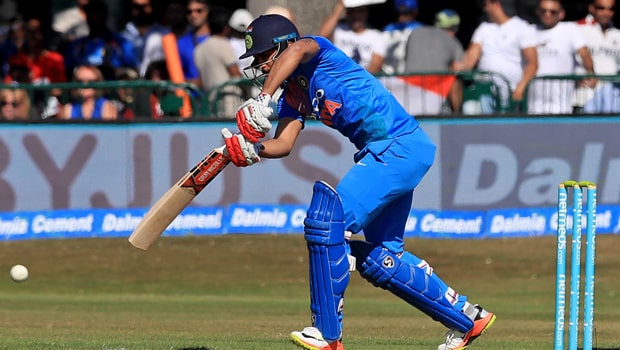 Karnataka skipper Manish Pandey continued his splendid run of form on Tuesday with a superb match-winning century in the Syed Mushtaq Ali Trophy match against Services.

Pandey played a breathtaking knock of 129* off just 54 deliveries to set Karnataka up for a massive total of 250/3 in their quota of 20 overs. He walked out to bat as early as the first over of their innings when opener Rohan Kadam was dismissed for just four runs on the fifth delivery of the over.

From there on, Pandey went on to share 167-run stand for the second wicket with Devdutt Padikkal until the latter was dismissed for a superb 43-ball knock of 75 runs as well. Pandey went on to share another 57-run stand for the third wicket with Krishnappa Gowtham and another 21-run stand in just five deliveries with Praveen Dubey. Moreover, his innings was studded with 12 fours and 10 sixes which means 83.72 per cent of his runs came in boundaries.

Karnataka eventually went on to win the match by 80 runs as the bowlers did an excellent job to restrict Services to a total 170/7.

Pandey was in excellent form during the recently concluded Vijay Hazare Trophy as well. He smashed 525 runs in just nine innings at an average of 105. These runs included one century and five scores of fifty or more.

Moreover, he was there in India’s squad for the T20I series against Bangladesh as well. He started in the third T20I at Nagpur and played an important hand of 22* (13) to propel India’s score to 174/5. India eventually won by 30 runs and Pandey’s knock played an important role in that.