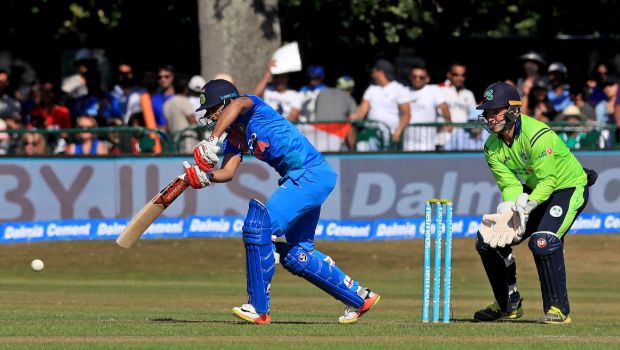 Pandey isn’t playing in the ongoing Vijay Hazare trophy for his state team, Karnataka due to a Tennis elbow injury and he was also excluded from the T20I squad of the Indian team for the five-match series against England.

It is noticed that Pandey usually makes the cut into the squad but finds it difficult to get consistent opportunities in the final XI. Pandey, who is a gun fielder, last played for the national team in the first T20I against Australia at Manuka Oval but could only return with two runs.

Pandey has played 39 T20I matches in which he has scored 709 runs at an impressive average of 44.31. As Pandey’s name has now been snubbed, Chopra feels it is going to be a difficult road back into the national team for the batsman.

“Manish Pandey’s name usually features (in Indian limited-overs teams). This brings a question mark over his (international) career because he anyway doesn’t get many chances in the XI and now you are again looking at Pant and other options,” said Aakash Chopra on his YouTube channel.

On the other hand, Sanju Samson was also dropped from the T20I squad. Samson was given his chances against Australia but failed to grab them with both hands. The flamboyant batsman returned with scores of 23, 15, and 10 in the T20I series against the Aussies. The Indian selectors have now backed Rishabh Pant and Ishan Kishan also earned his maiden call-up after impressing one and all in the IPL 2020.

“Two big names which are missing are of Sanju Samson and Manish Pandey. Samson did get his chance with the bat but it did not go well for him. And that’s the problem of T20. It’s very difficult to do well in that format. So Samson has paid the price. He showed glimpses of what he can do but he couldn’t carry on,” added Chopra.

The T20I series between India and England will begin on March 12 at Ahemdabad.