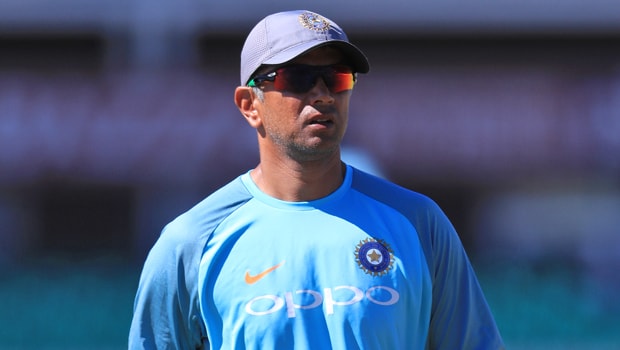 India won 17 matches on the trot while chasing the target and 15 of those wins came under the captaincy of Rahul Dravid. In fact, Dravid had himself revealed in one of the interviews with Harsha Bhogle that people in India judge you on captaincy by your record in the World Cup matches.

India had suffered a shocking loss against Bangladesh in the 2007 World Cup and it is remembered as nadir point in Dravid’s captaincy. Furthermore, there were a lot of controversies which happened during Dravid’s captaincy as Greg Chappell and Sourav Ganguly had their issues.

Pathan added that he loved playing under Rahul Dravid as there was proper communication with him when he was the captain of the side. The former Baroda all-rounder also recalled an incident when Dravid took him and Dhoni to watch a movie after their heartbreaking loss against Bangladesh.

I loved playing under Dravid, because there was proper communication under him,” Irfan told Sports Tak on Instagram Live.

“Many don’t speak about Dravid’s captaincy, we created a world record while chasing targets under him,” he stated. “Three days after we were out of the 2007 WC, we all were sitting in a room deeply dejected. That’s when Dravid called us and we went to watch ‘300’ movie.”

On the other hand, Pathan recalled that Dravid gave the much needed confidence to him and Dhoni. The former skipper told the youngsters that they are going to play for India for a long time and they will touch new heights.

“After some time, he said to me ‘Irfan, this is not the end of the world, you played a lot of cricket and will play more in future as well, it was bad that we lost, you and Dhoni will go on and play a lot of cricket for India’. His words made us feel like we are not dead but still alive,” he added.

Rahul Dravid was known to get the best out of his players. It was under Dravid’s captaincy that India won a Test series in England and West Indies after 1986 and 1971 respectively. Dravid also led the team to their first Test win on the South African soil.